When impact craters are formed, the material that once resided in the subsurface is blown upward and outward. This material falls back and settles around the newly formed crater into what is called an “ejecta blanket.” It often appears as a layer on top of the original surface extending radially outward from the crater.

In some cases the volume of the ejecta material— mainly rocky debris —appears to exceed the volume of the original crater, presenting something of a puzzle. One hypothesis is that the original surface may have been inflated with an ice-rich layer at the time of the impact. After the impact, the newly formed blanket of ejecta then protected this ice from evaporation loss, while the rest of the surrounding terrain was unprotected and deflated as ice was lost due to more recent climate changes.

Examining these craters up close with HiRISE may reveal clues to the presence of buried ice deposits today beneath the ejecta, and about the subsurface stratigraphy exposed along the crater walls. 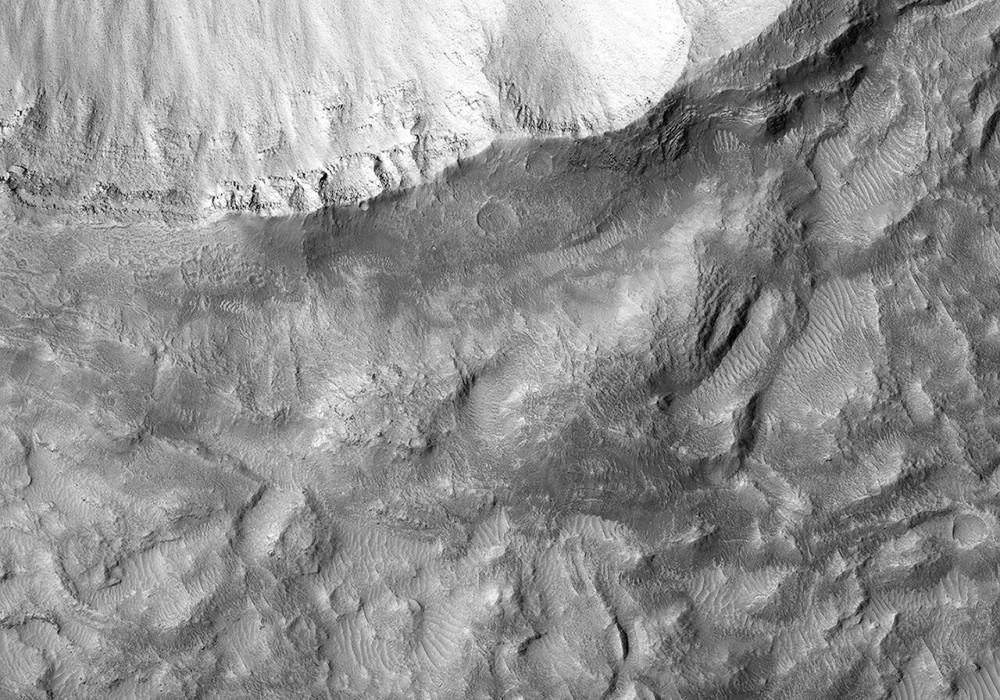