This image shows what appears to be a highly elliptical crater, which would be unusual.

Closer examination reveals that it is probably two overlapping craters that formed concurrently, plus several smaller craters aligned with the long axis of the elliptical depression.

This type of crater chain can form from a highly oblique impact, in which the bolide trajectory is almost parallel to the surface. 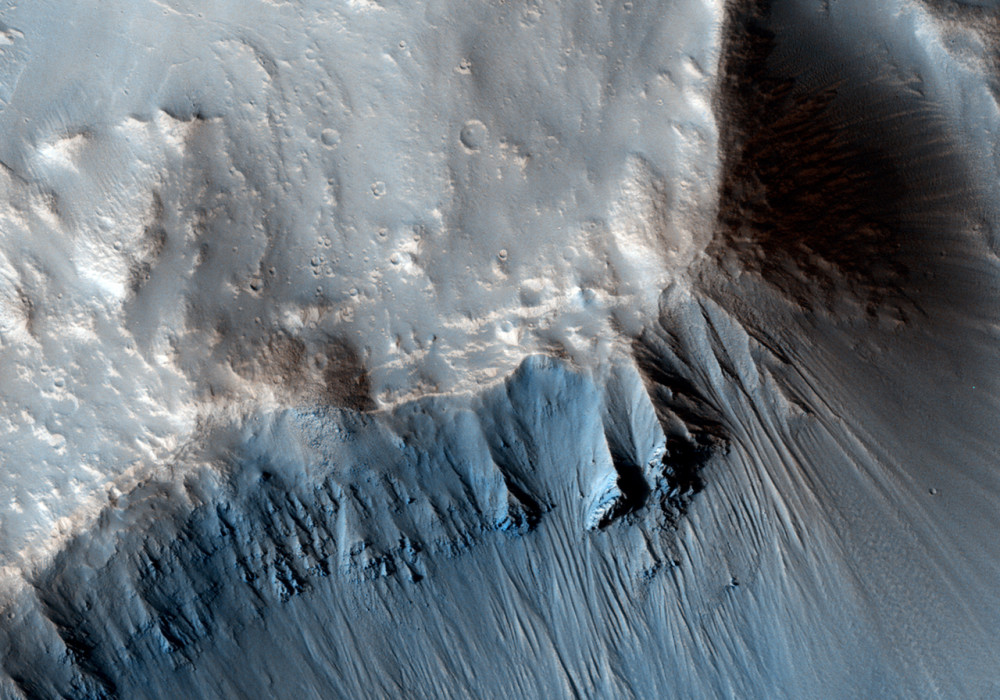