All these features are indicative of the crust of Mars having been pulled apart, exposing the deep interior of the planet. The depressions are also places where sediments of all sorts would tend to accumulate. When we see strange features on the floor of one of these depressions, it is not immediately clear if it is because of something from deep down being exposed or something relatively young having been deposited here.

The enhanced color part of the image suggests that the material on the floor of this particular depression is different than is seen in the walls of the depression. 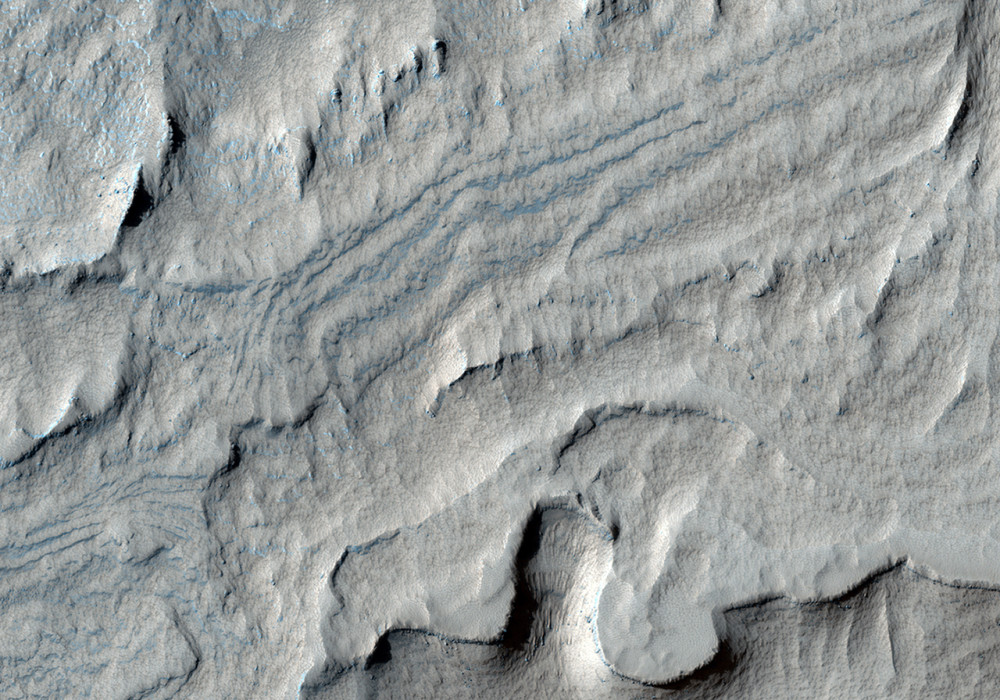