Hellas Planitia is the low-lying plain on the floor of the Hellas Basin, an ancient impact crater over 2000 kilometers wide. This basin includes the lowest point on the surface of Mars.

A variety of unusual landforms occur on the floor of the basin due to the low elevation. One hypothesis is that Hellas may once have held lakes or seas, possibly with thick ice that might account for some of these features.

This image shows a small portion of western Hellas, in a region of enigmatic ridges. These ridges form an intricate pattern, enclosing kilometer-wide depressions. These strange features are still not well-understood; one possibility is that they formed in lake-bottom sediments when ice covering the lake touched bottom and shoved wet, loose material to the side. This HiRISE image reveals that the ridges contain many boulders; sediments deposited on the bottom of a lake might be fine-grained, although they may have hardened to rock later. The image also shows lineations, probably outcropping layers, running between the large ridges.

Because the resolution of HiRISE images is sufficient to see details such as the abundance of boulders and the presence of thin sedimentary layers, images of this and other poorly-understood terrains will be important in interpreting the geological and climatological history of Mars. 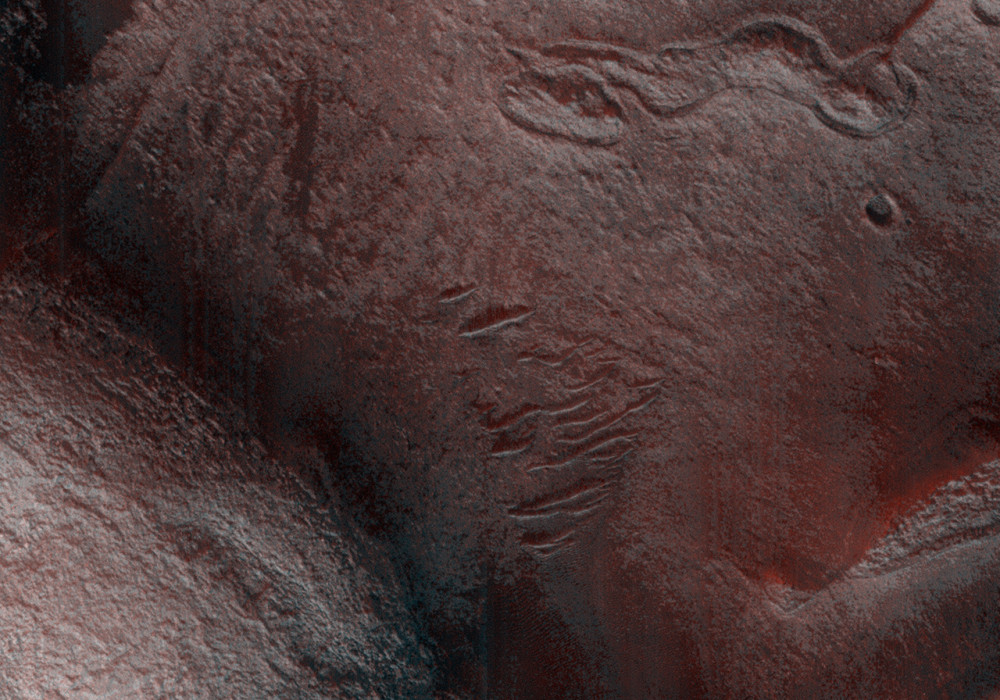