This image shows the edge of a mound of sediments in the center of a large impact crater near Amenthes Planum.

The mound probably once filled much more of the crater, but it is now eroding away. A broad view shows several small plateaus which have likely been preserved by a relatively resistant cap layer, while other levels are exposed elsewhere.

The subimage highlighted here shows several types of layers exposed in a pit. These variations point to a relatively complex geologic history at this site. Some layers appear to be fracturing into boulders which roll downslope, while others appear relatively smooth. There are also variations in tone, from light to dark. This diversity may be due to different types of rock, as well as varying strength.

Images such as this one indicate that rocks formed on Mars in a variety of ways, and by careful analysis it may be possible to deduce some of the history that has produced the geology at this site.
Written by: Colin Dundas   (26 May 2010) 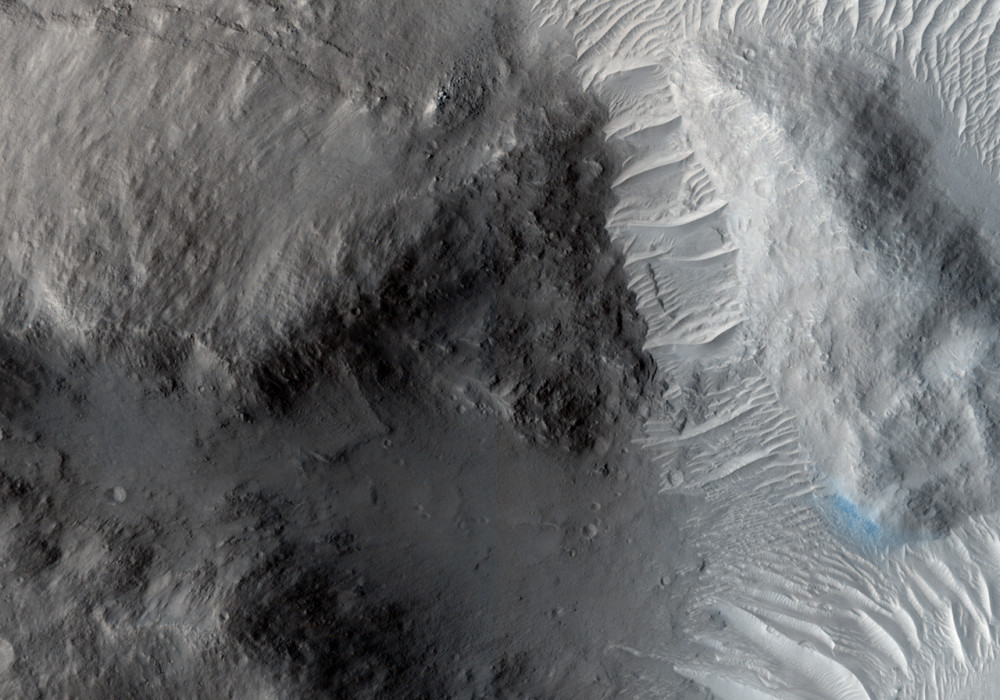