Sand moves along a planetary surface by a process scientists call “saltation,” whereby the individual grains are driven by the wind and bounce forward in short hops. In a process that is not yet completely understood, sheets of saltating sand grains organize themselves into sand dunes, visible in this image as the dark features.

Yet something else is also happening to these particular dunes. Dark streaks lead away from the dunes toward the lower left of the image. These streaks are caused by sand grains being blown off the dunes and saltating away. This is not ordinarily a cause for concern because in a stable dune, individual grains are constantly added and removed; however, there does not appear to be any influx of sand upwind of these dunes, so they are probably being eroded.

It is also interesting that these streaks do not point in the same direction as the slip-face. One possible scenario is that the dunes migrated westward when sand supply was more plentiful. Today, the wind direction has shifted, blowing more toward the southwest, and the influx of new sand has ceased, such that in the future, the dunes will completely erode away. Repeated HiRISE observations will be able to look for changes in the shape and size of these dunes.
Written by: Shane Bryne   (31 August 2008) 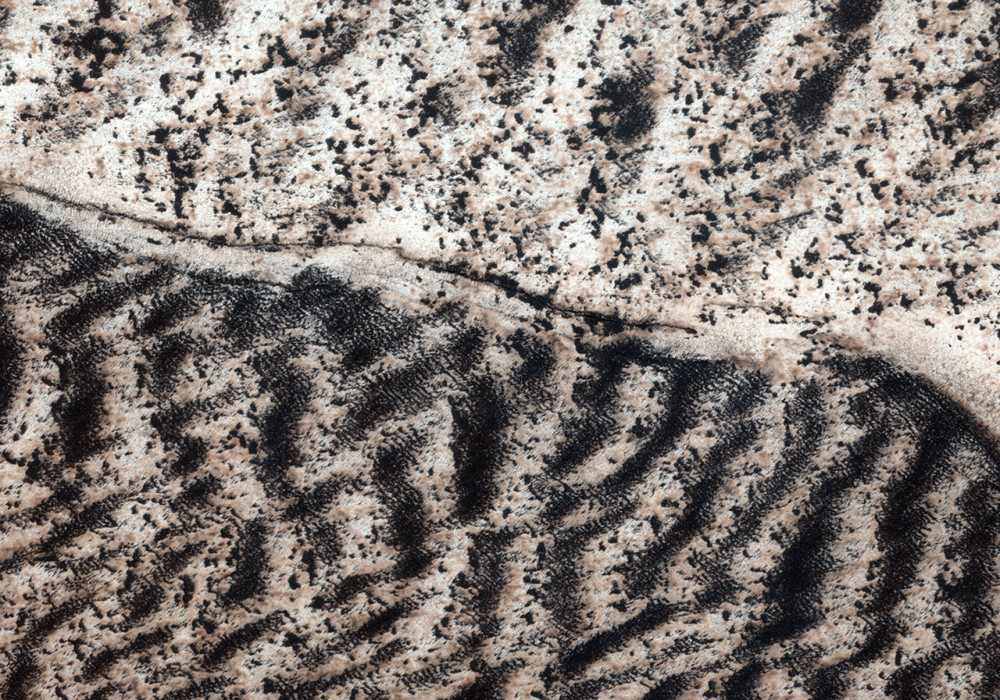