Erosion Features near the South Pole of Mars

This HiRISE image shows erosional features formed by seasonal frost near the south pole of Mars.

During the winter, high latitudes (near the pole) on Mars build up deposits of carbon dioxide frost that can be several feet thick. In the spring these sublimate and turn back into gas. The gas sublimating at the bottom of the frost can move the underlying dust and even erode channels in it.

These channels form a variety of structures; examples like those at this site have been nicknamed “spiders” because many channels converge, giving a many-armed, spidery appearance.

This observation forms a stereo pair with ESP_023117_0980, and HiRISE has produced an anaglyph . 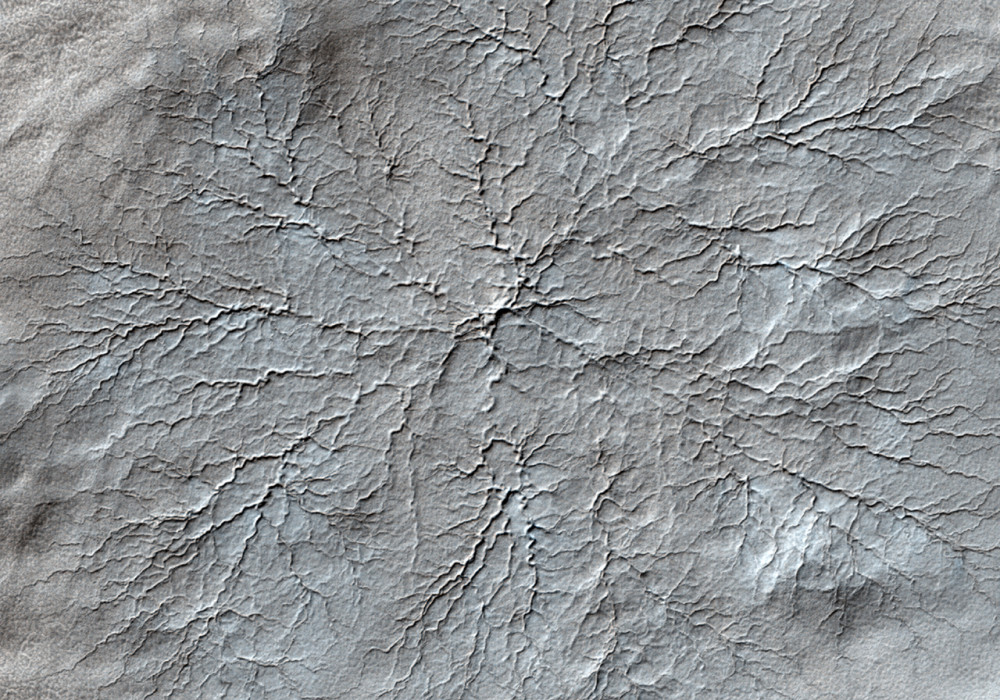