Evidence for Water and Wind Processes in Gale Crater

This HiRISE color image strip (1.2 x 15 kilometers) shows a region just to the west of one of two possible Mars Science Laboratory landing ellipses within Gale Crater on Mars.

The footprint stretches from the cratered floor of Gale in the north (top) onto layered deposits that make up the central and southern (bottom) part of the image. The color is exaggerated over what would be seen by the human eye, but brings out details not apparent in a monochromatic image.

Bluish material is generally dark basaltic sand, commonly organized into bedforms. In the top part of the image, the terrain is divided between light colored rocky material and sand that fills craters and other low lying topography. Zooming in, the rocky material appears organized into polygonal patterns at the scale of a few meters. These may have formed from desiccation (drying) of an ancient lake within Gale.

The lower (southern) 2/3 of the image contain terrain with distinct benches, interpreted as exposed rock layers. The terrain blocks are generally v-shaped, indicating that they have been eroded by the wind. Zooming in, some of the terrain has a polygonal texture, similar to that in the lower part of the image. This is shown in the close-up image. 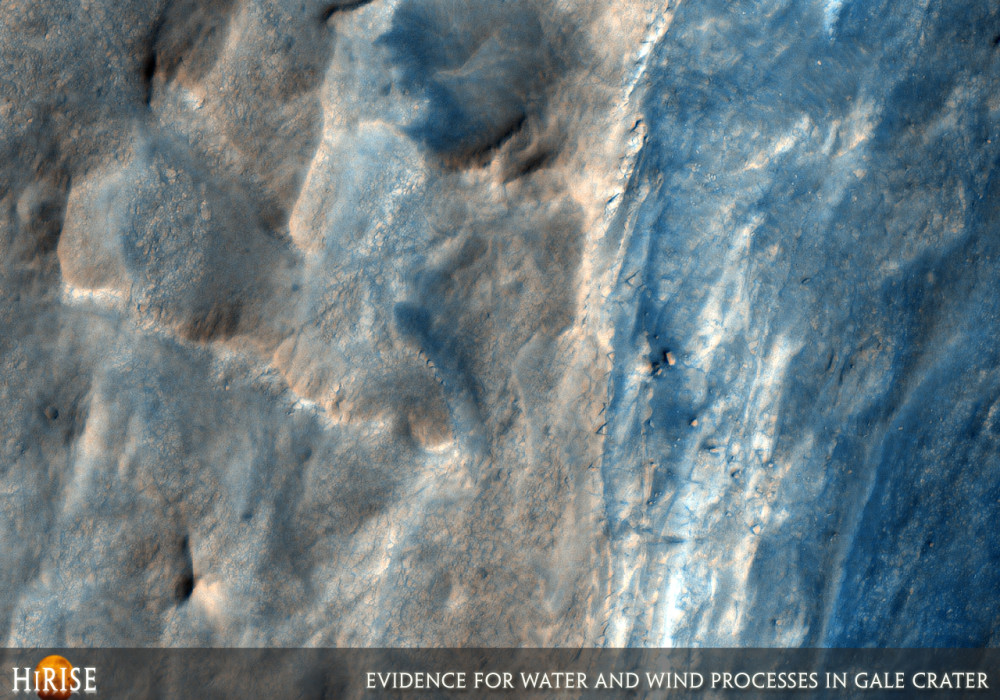