This observation shows gullies in a crater in Terra Sirenum. The gullies unusually emanate from different elevations along the crater wall. Several of the gullies are extremely developed and incised, while others have very narrow, shallow channels.

Many of the gullies appear to have extensive debris aprons, but that could be deceiving. Based on their surroundings, the topography underlying the debris aprons is likely not flat or gently sloping. This might cause the debris apron material to cover a wider surface area, without being as large of a volume as it might appear visually, than it otherwise would.

The subimage shows a gully with many channels. Several of the channels overlap or are overlapped by debris aprons suggesting that multiple flow episodes occurred here. In particular, there is a large channel that sticks out from underneath the main debris apron with a debris apron of its own. If this channel originated where the alcove currently is, then it is possible that the past flow contained more liquid and that the source of liquid to form the gullies in this region is now available in smaller amounts for an unknown reason. 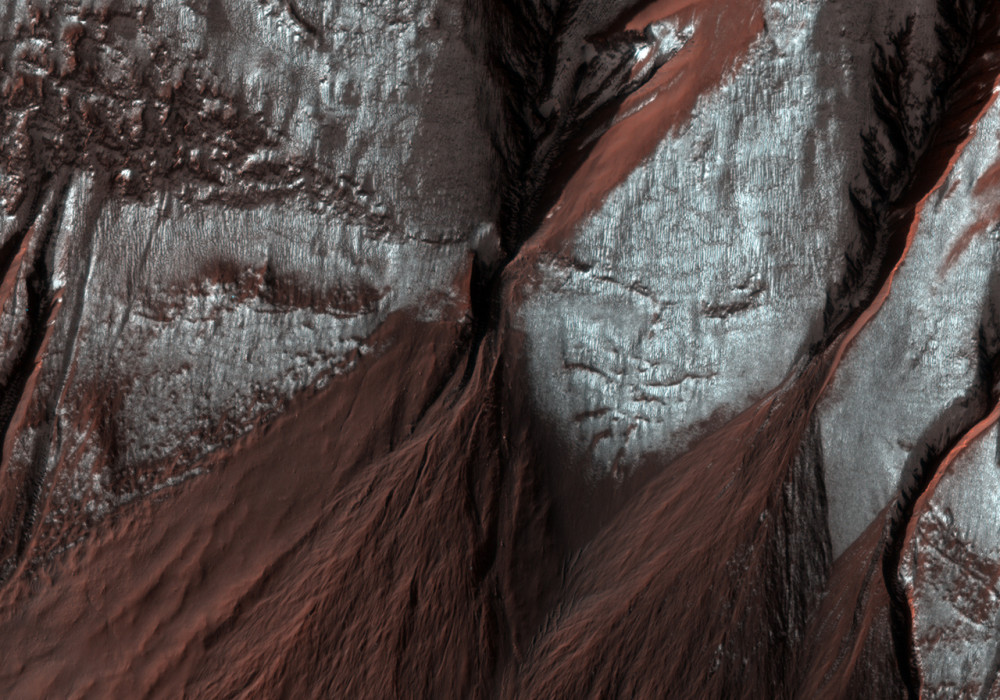