This small unnamed crater is adjacent to the North Polar Erg and contains a fascinating dune field. Scientists are interested in the source of the dunes in the crater and the evolution of the dune field’s circular shape.

Wind transports material and shapes the dunes; the dominant wind comes from a westerly-southwesterly direction and forms barchans (crescent-shaped) and barchanoid dunes. Secondary winds also play a role in shaping the dunes. This can be seen in the southern part of the dune field where the barchans transition into transverse dunes. On the northern edge of the dune field are opposite facing barchans formed by winds from the northeast.

The circular shape of this dune field is interesting because the outer dunes reflect changing winds whereas the central dunes do not. This could indicate several distinct stages in the formation of the dune field. On top of the dark dunes are tiny ripples similar to those seen on top of sand dunes on Earth. It is likely that these dune ripples are active, as shown by avalanches (grainflow) from the crest of the dunes. 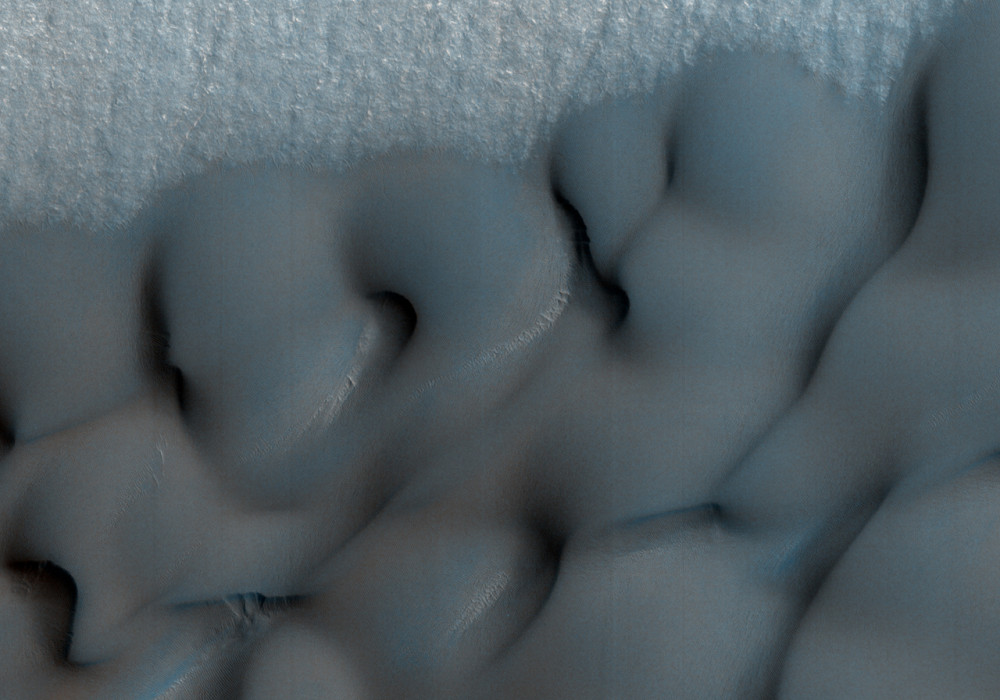