As on Earth, the seasonal frost caps of Mars grow and recede each year. But seasonal frost on Mars is composed of carbon dioxide ice (also known as dry ice), not water ice as on our planet.

Near the south pole of Mars, the seasonal carbon dioxide frost never completely disappears, leaving a residual ice cap of carbon dioxide ice throughout the summer. This HiRISE image shows part of the south polar residual cap, with many shallow pits dubbed “Swiss cheese” terrain. Because the sun is always low in the sky at this latitude, the steep walls of the pits receive more solar energy than the high-standing, flat areas between the pits. This causes the walls of the pits to retreat several meters per year as sunlight causes the carbon dioxide ice to evaporate directly to gas, a process called “sublimation.”

In some depressions, ridges or blocks of material a couple of meters (several feet) across are visible at the base of the depression walls, likely fallen from the walls during the sublimation and retreat process. At this rate, the layer of carbon dioxide ice could completely disappear in about 100 years if not replenished. 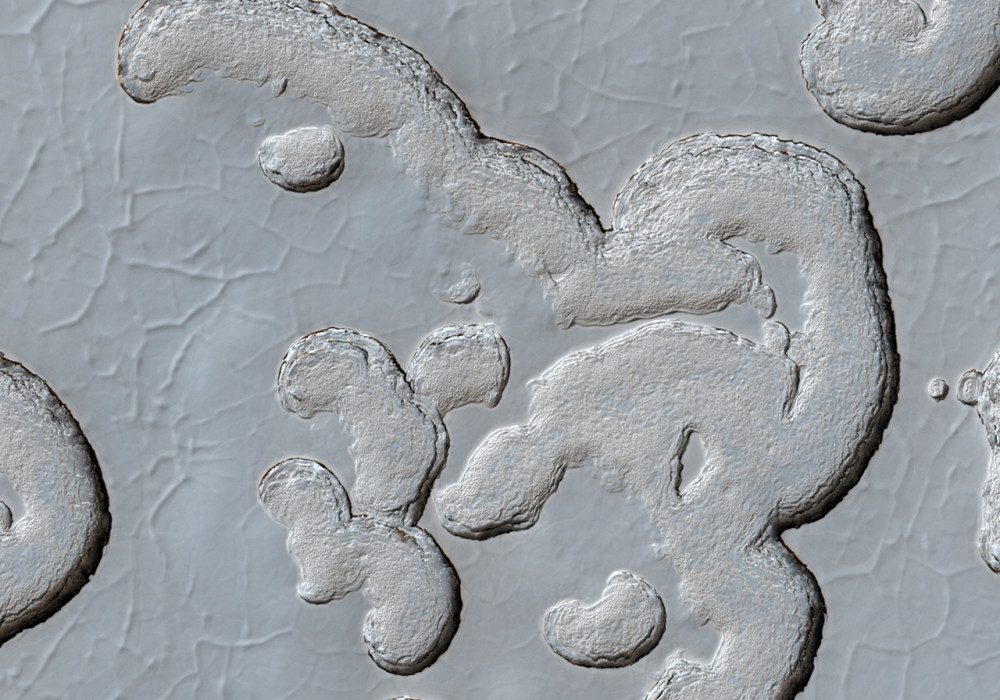