This is the first HiRISE image taken after solar conjunction (2010), when Mars passes behind the Sun as seen from Earth. The solar corona interferes with radio communication with MRO for a few weeks during conjunction, so no HiRISE imaging was planned until reliable communication resumed.

This image is one of a set of images taken to monitor the evolution of the South Polar seasonal cap. The seasonal caps on Mars are mostly composed of carbon dioxide, the major component of the Martian atmosphere. It is currently spring in the southern hemisphere of Mars, so the cap is warming and evaporating into the atmosphere by sublimation (going directly from solid to gas). The dark streaks in this image are thought to be sand ejected onto the surface of the cap by jets of carbon dioxide. It is thought that sunlight penetrates to the base of the seasonal cap, warming the soil at its base. This in turn warms the cap from below, causing carbon dioxide to evaporate and build pressure until the gas escapes through vents to the surface. Sand grains are apparently entrained in this flow and deposited in fans on the surface. The brighter streaks may be formed by recondensation of ice on the surface of the cap. 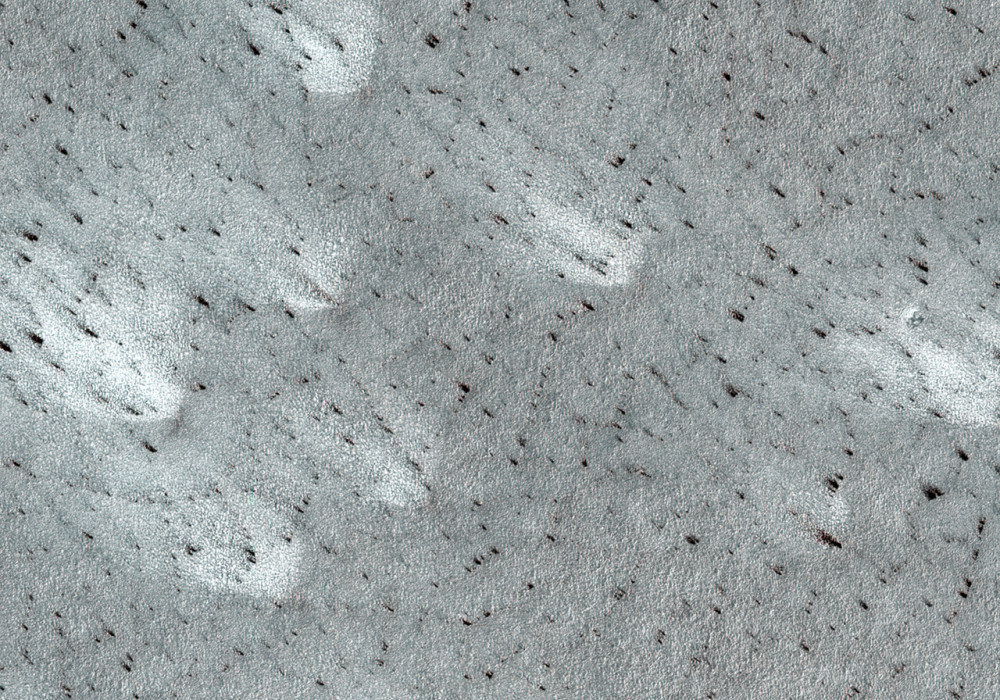