The middle of this image contains a cluster of depressions (craters) with two levels: a small inner crater, surrounded by a shallow depression extending outward from the inner crater.

This image is located at 50 degrees north latitude, where shallow ice has been mapped by the Mars Odyssey spacecraft. MRO has detected newly-formed impact craters in this broad region that exposed shallow ice, and also revealed that it is nearly pure ice.

One interpretation of the expanded craters visible here is that a group of small impacts, probably secondary craters from a much larger primary crater, exposed the clean, shallow ice in this region. Once exposed, the ice is unstable and sublimates (passes directly from ice to gas), and the shallow depressions could gradually expand. 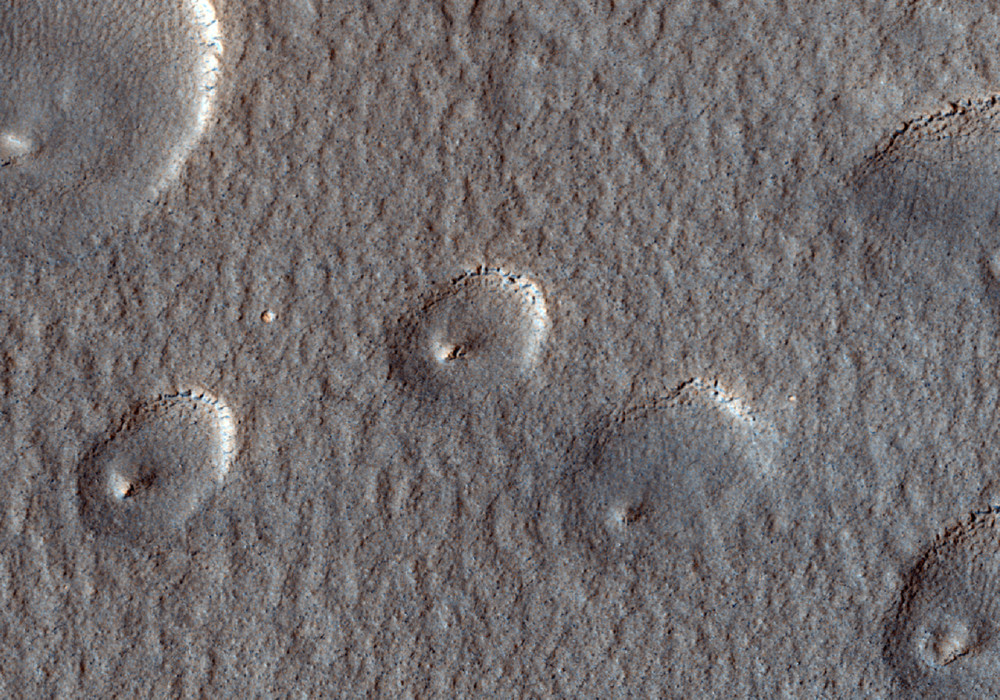