Some of of the challenges of exploring Mars is not only finding a safe landing spot for a future rover, but a place that is scientifically compelling as well.

HiRISE has taken scores of observations for other missions like Phoenix and the Mars Science Laboratory to help those science teams better understand possible terrain hazards. In this observation, we are trying to explore for the presence of minerals called quartz and feldspar, which are even more common on Earth than Mars.

Antoniadi Crater was identified, even prior to the MRO mission, as a likely ancient lake (now dry) that was supplied by both surface water and ground water. Note also how “flat” the terrain appears, an important factor for any potential landing spot. 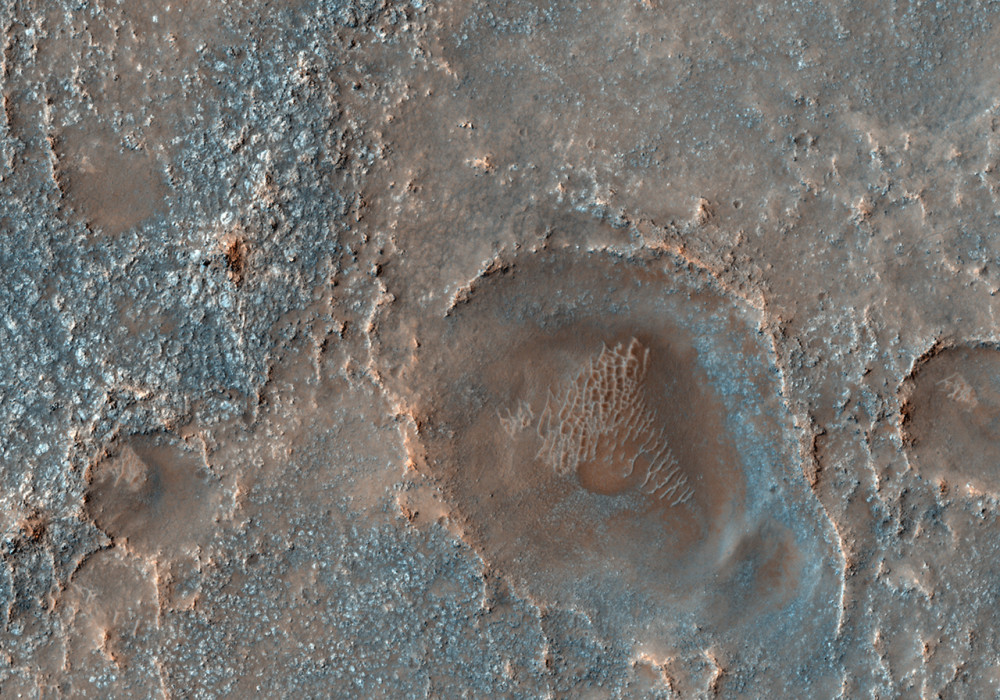