Previous HiRISE images of fresh craters in the middle to high Northern latitudes show exposed water ice on the poleward-facing slopes ( see here ). Here is another example. The enlarged image shows an approximately 6 meter-diameter crater. Based on “before” and “after” images acquired by the Odyssey THEMIS and MRO CTX cameras, respectively, this crater formed some time between April 2004 and January 2010.

The crater is at a latitude of 44 degrees North and is itself located on the ejecta of a larger crater. The image was acquired in early summer, when frost at this latitude is not expected. It is therefore believed that the bright blue material in this false-color color image is sub-surface ice that was exposed by the impact.

This ice is probably at the same depth and has a similar origin to that excavated by the Phoenix lander back in 2008 . The area of exposed ice based on the HiRISE images is about 1-2 square meters (10-20 square feet). 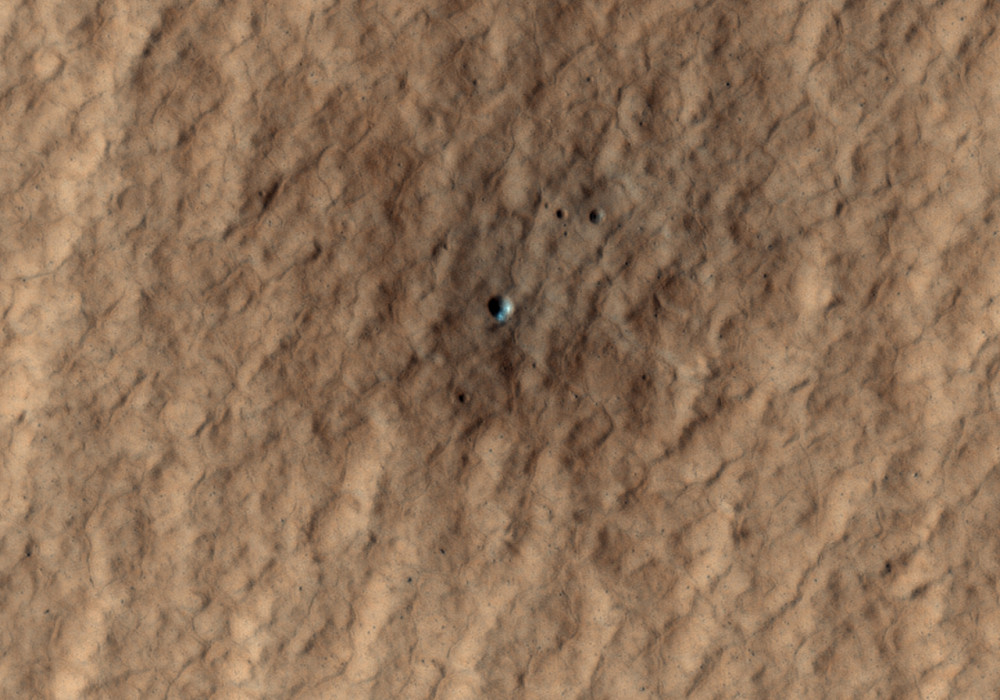