The Mawrth Vallis region of Mars is an area of particular interest because of the identification of clay minerals by imaging spectrometers such as CRISM on the Mars Reconnaissance Orbiter. These types of minerals (called phyllosilicates by geologists) are usually formed in the presence of water, and may mark the existence of a habitable environment billions of years ago. The mineralogic variations are colorful in HiRISE imagery, too, thanks to the cameras near infrared capability. The colors are not natural colors that you would see with your own eyes, but they can discriminate between different compositions.

The crater near the middle of this image was formed after the layers were deposited. Different layers are clearly visible in the wall of the crater in the subimage (approxinately 540 meters across). This allows scientists to measure the thickness of the layers, and to observe how they alternated. The crater gives us a peek into what lies beneath, which will help interpret the history of this part of Mars.

These images contain gaps (black areas) where data was lost in transmission from the MRO spacecraft to radio dishes on the ground. This happens when there are mechanical difficulties with the ground stations or they are intentionally re-pointed to a different part of the sky due to unexpected problems on other spacecraft exploring the solar system.Written by: Sarah Mattson    (5 May 2008) 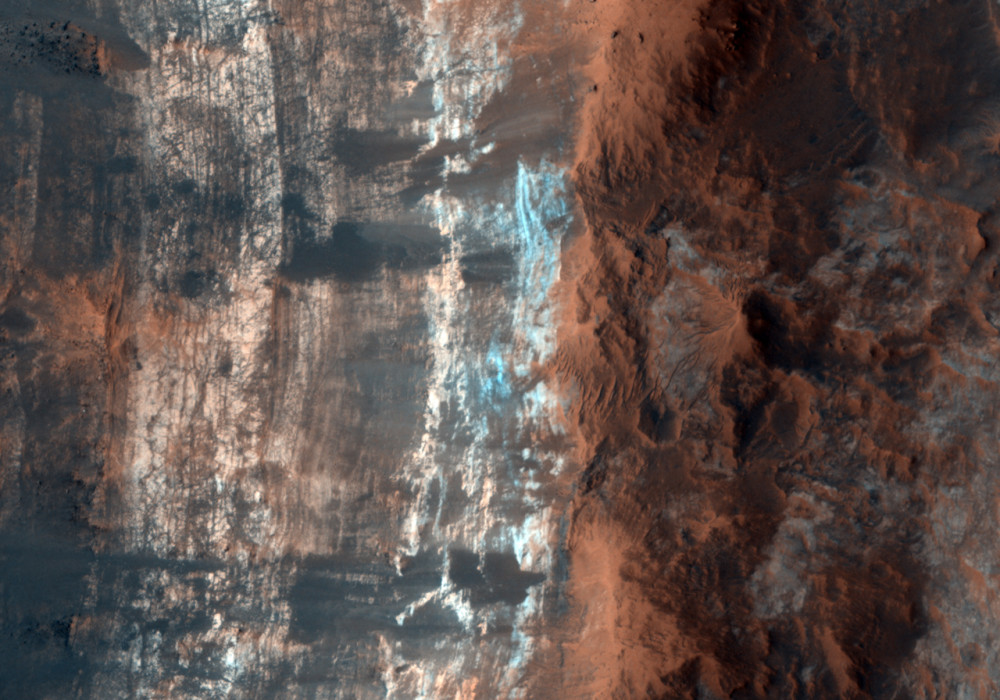