The plateau visible in this image is located within Aureum Chaos. Chaotic terrains on Mars are blocky, fractured regions of flat-topped hills, plateaus, plains, and depressions thought to have formed by the collapse of the heavily cratered uplands.

Large outflow channels appear to emerge from Aureum Chaos and other chaotic terrains leading researchers to posit that these large collapse regions were formed by the catastrophic release of ground water. Aureum Chaos is located just to the northeast of Valles Marineris adjacent to Margaritifer Terra, and it has a diameter of approximately 368 kilometers.

The steep-sided plateau in this image has a sharp, undulating surface possibly etched out and eroded by persistent winds. These same winds may well have transported the resulting sediment to the surrounding plains helping to form the dunes below. The plateau slopes are steep and consist of a series of parallel bright, more resistant cliff forming layers and darker, less resistant slope material. A good way to see the differences in color between the plateau’s bright layered deposits and the surrounding area is to look at some of the blocks that have fallen off the cliff onto the the dark sands below.

By studying areas of Mars such as this one, researchers hope to understand how the chaos regions formed and how their formation related to the release of ground water to form the outflow channels, if indeed the two are connected in this way. 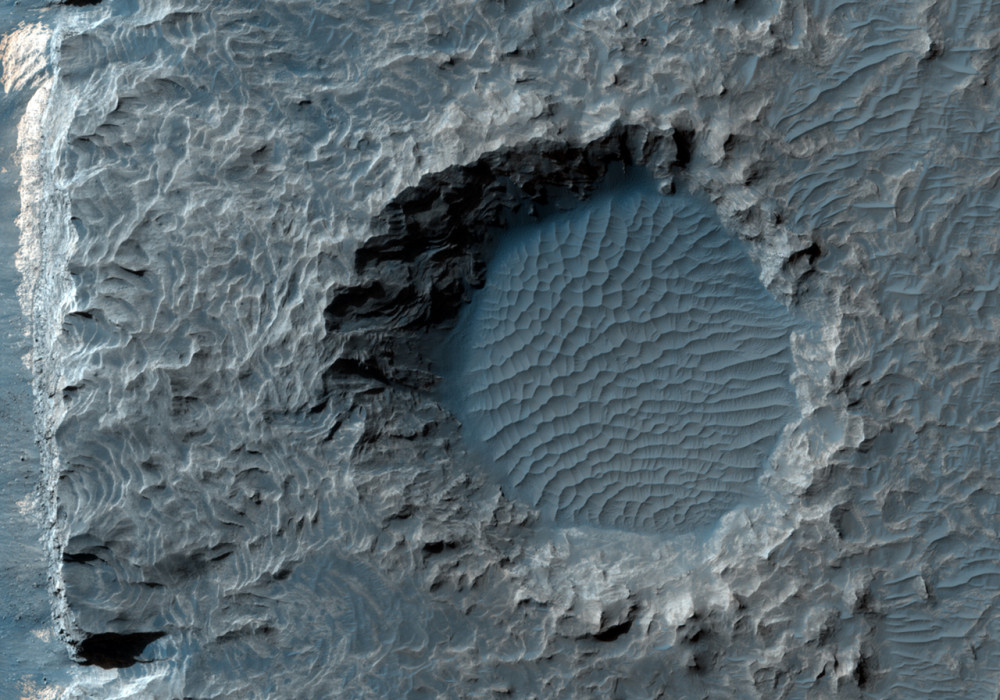