This image shows a portion of the north polar layered deposits (PLD). The PLD are layers that have been deposited over an extensive area at both poles possibly throughout Martian history. They likely contain ice-rich and dust-rich layers, with the darker layers being probably more dust-rich than the bright layers.

The PLD holds clues to past climate regimes similar to ice cores on Earth. Several of the layers occur in fairly regular sequences, as seen in this image, suggesting that Mars underwent cyclic climate changes in the past.

Towards the top left of the image, there is a series of layers that appears truncated at an angle, forming what geologists call an “angular uncomformity.” They typically form by first laying down a series of continuous beds. Then erosion cuts through the beds at an angle. Aferwards, a new set of beds are laid over this partially eroded sequence. A similar unconformity exists at the bottom right of the image. 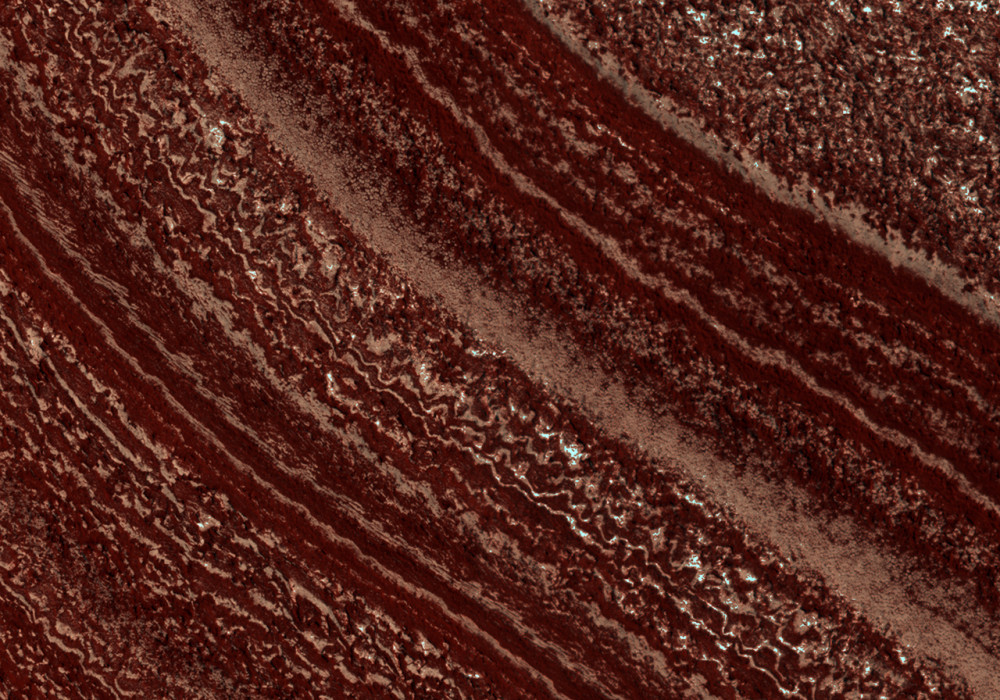