Extensive layered deposits are found in both polar regions of Mars, and are thought to contain evidence of recent climate changes like ice ages on Earth.

The greater age of the surface of the south polar layered deposits is indicated by the higher density of craters on its surface; a cluster of small craters is visible above center in this image. Also visible are widespread polygonal fractures, evidence of water ice expansion/contraction below the surface. 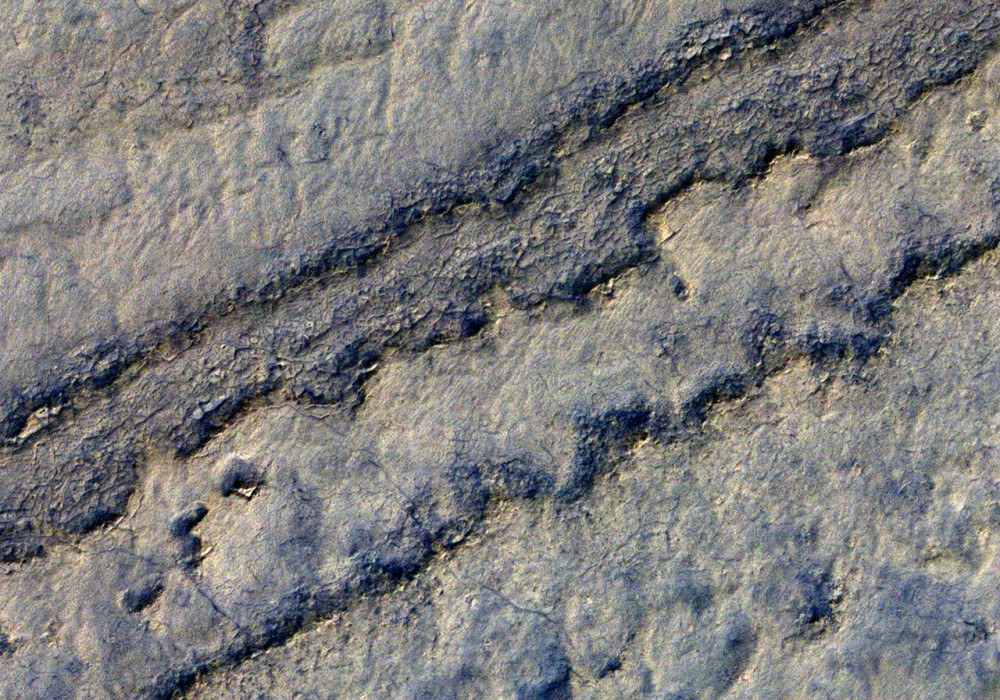