This observation shows layering in the south polar layered deposit exposed on a scarp. The south polar layered deposits are composed primarily of water ice with a small amount of dust. The layers formed over a large area near the south pole, probably over the past few million years. They are believed to record recent global climate changes on Mars in much the same way that polar ice in Greenland and Antarctica provide information about varying climatic conditions on Earth.

The subimage shows a close up of the layers (952 x 555; 2 MB). Some layers closer to the upper right corner of the subimage have an irregular wavy appearance. This may have been caused by the flow of ice at some point in the past. Some layers closer to the lower left corner of the subimage appear to be converging while others seem truncated. These are called unconformities. Unconformities form when a previous episode of erosion removes all or part of a layer and is later followed by more deposition.Written by: Maria Banks   (4 September 2007) 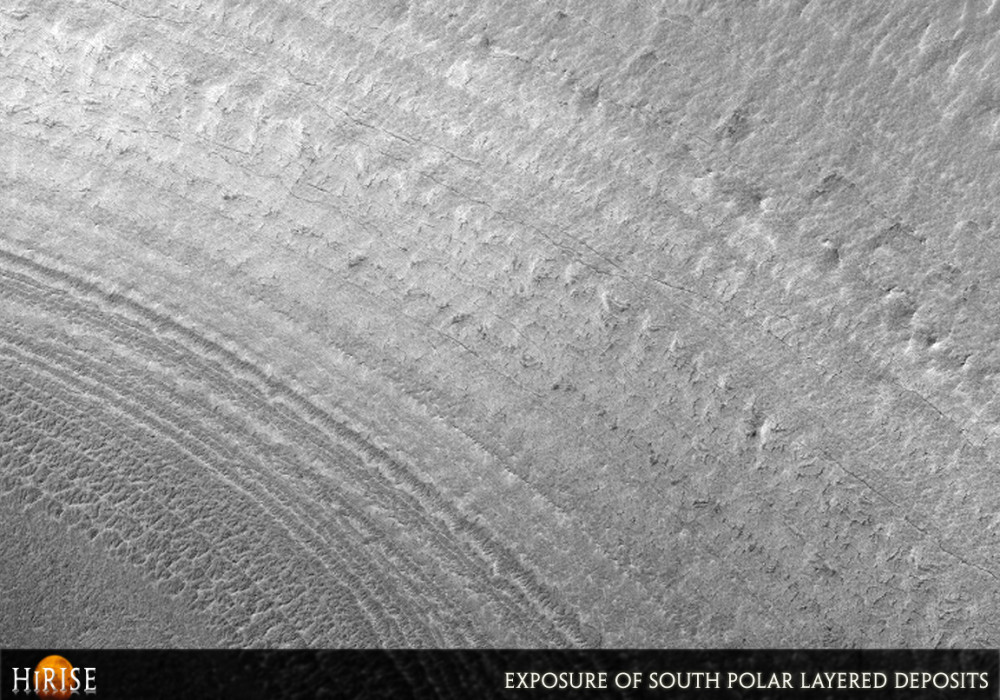