This image shows a new impact crater that formed on Mars between May 2002 and February 2004. It was discovered in data from the Mars Odyssey Mission THEMIS instrument and later confirmed to be an impact crater by the Context Camera on Mars Reconnaissance Orbiter. HiRISE is monitoring this site, at latitude 25.5 degrees and East longitude 221.8 degrees, to watch for changes brought about by the Martian winds.

Comparison of this image with an earlier HiRISE image ( PSP_004175_2060 ) taken more than a Martian year earlier shows significant changes. The dark ejecta from the impact has faded considerably in the interval between June 2007 and February 2010. The fading is probably more significant than represented by these images, since the phase angle (the angle between the Sun, the surface, and the spacecraft) was much larger in the earlier image (72.2 degrees) than in the more recent picture (33.2 degrees). Images taken at higher phase angle tend to emphasize topography and make color and brightness differences less prominent.

The timing of the fading in not known, but the changes could have coincided with a global dust storm that took place in July 2007, shortly after the earlier image was acquired. 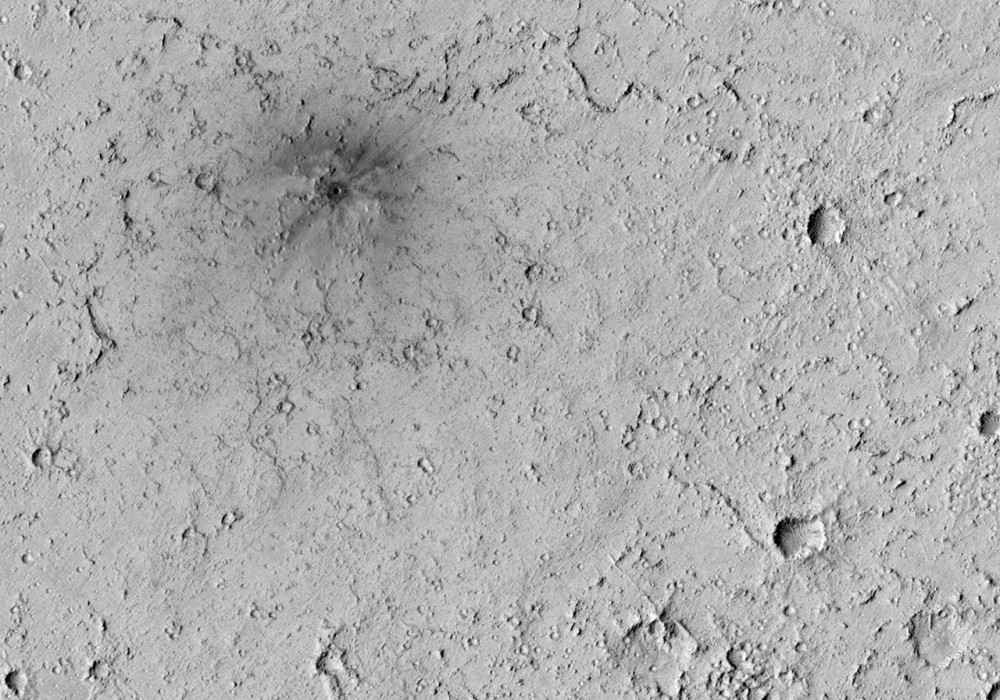