Richardson Crater is home to this sea of sand dunes. It was fall in the Southern hemisphere when this image was acquired and the dunes are frosted with the first bit of carbon dioxide ice condensed from the atmosphere.

As the season turns to winter ice will cover the entire dune field. At this moment however, it is patchy, and in the frost does not yet coat the ground beneath the dunes. The ground under the dunes appears to be cut by spidery troughs termed “araneiform terrain”, carved by carbon dioxide sublimation (turning from solid to gas) in the spring.

Though Mars may appear to be a frozen wonderland it is not frozen in time : the spring will bring lots of activity to this region. 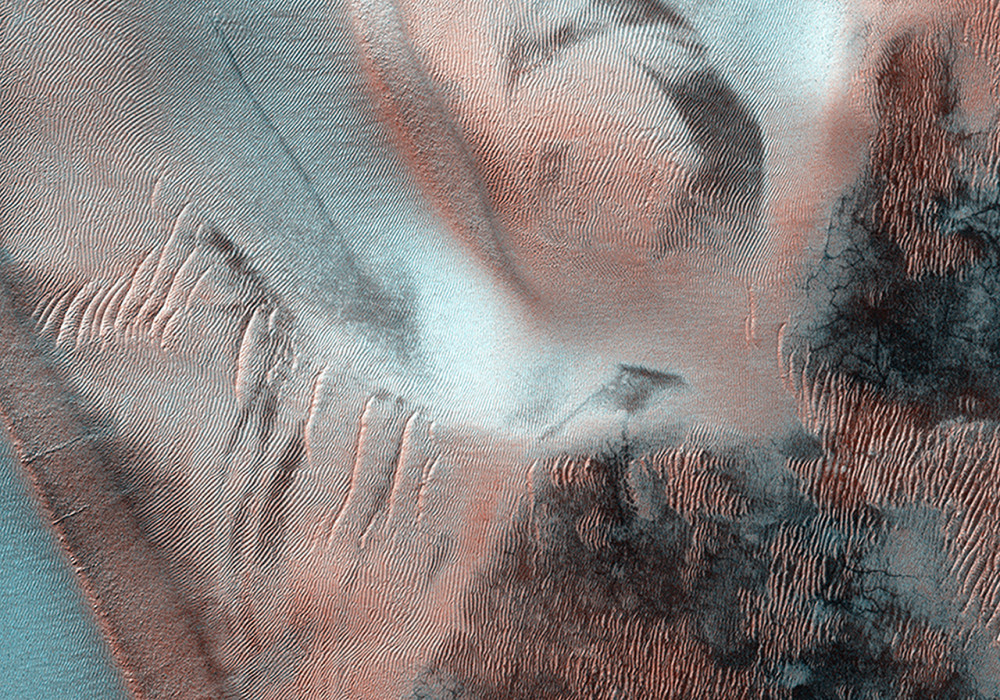