It is now fall in the southern hemisphere and in the giant impact crater known as Hellas basin small boulders cast long shadows. The long shadows emphasize small scale topographic features. Wind erosion is responsible for much of the morphology in this region.

Frost is condensing, and shows up as bright blue patches in this false color image. This is seasonal carbon dioxide frost. Closer to the pole, carbon dioxide condenses from the atmosphere and forms a seasonal polar cap. At this latitude we do not expect a thick layer to form but rather the frost collects in cold protected areas on poleward-facing slopes.
Written by: Candy Hansen   (13 July 2008) 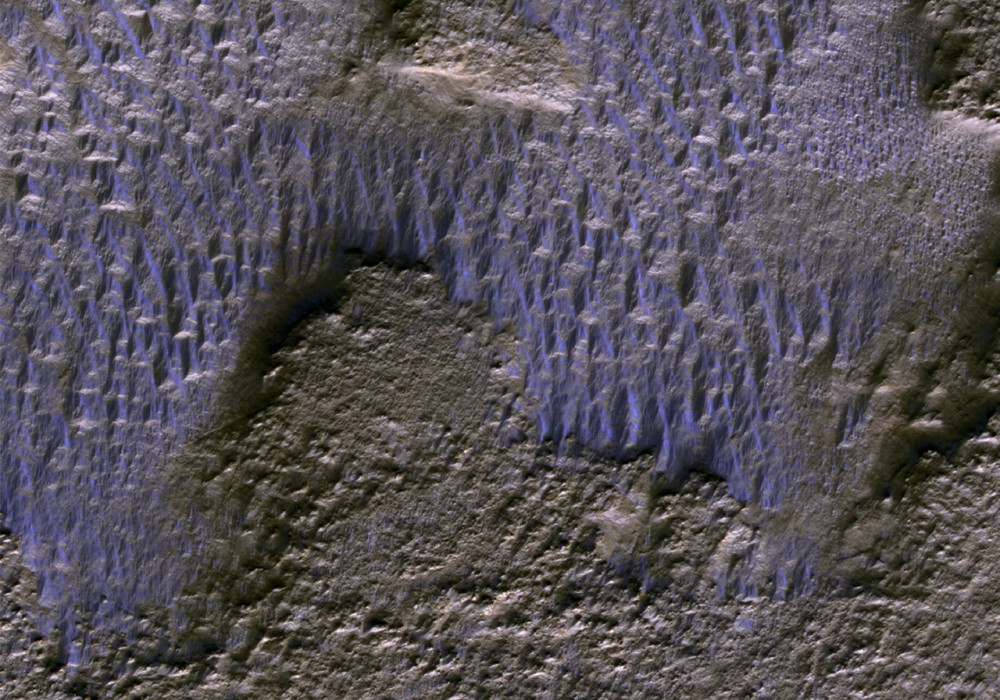