Fan and Valley within Crater

This HiRISE image shows a fan-shaped deposit at the distal end of a valley. The fan is approximately 3.5 x 3.7 kilometers in size.

While other similar fans on Mars display stair-step terracing along their edges, this particular fan does not show any terraces. There is a valley to the upper left that is the source of material that now composes much of the fan.

Martian fans are thought to be either alluvial or deltaic in origin. On Earth, alluvial fans form when material upslope is eroded and transported by water down a confined valley until reaching a flatter, broader surface downslope where the material is deposited to produce a fan-shape. 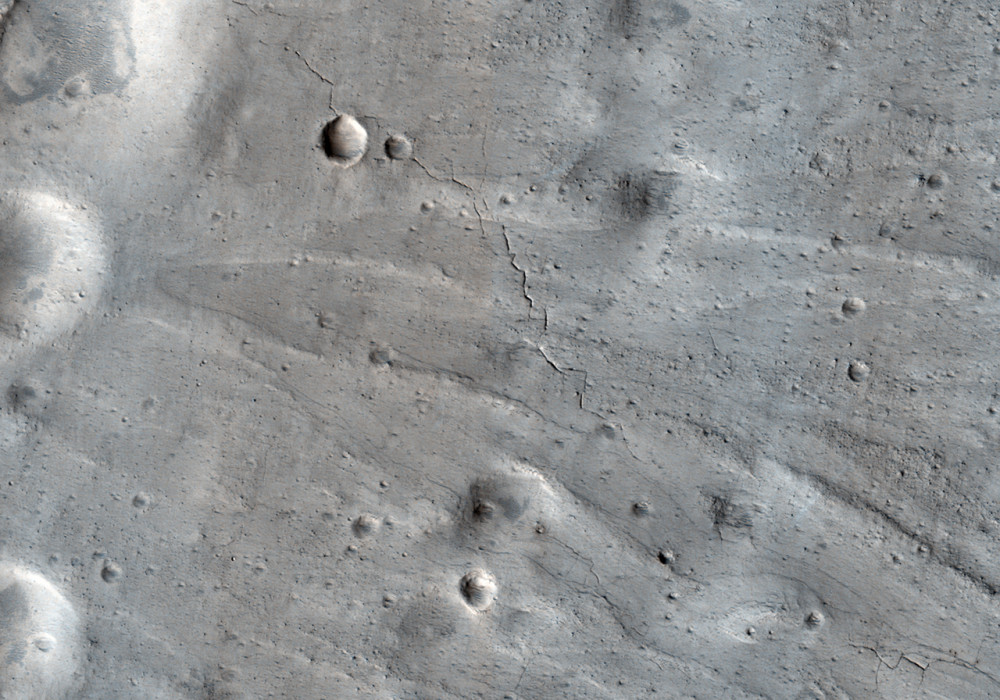