This image shows the intersection of a valley with the floor of a large impact crater. The valley appears to have transported sediment that was deposited on the crater floor when the flow slowed. As the eastern side of the lobate deposit appears to have been sheared off, it is possible that continuing flow from the valley eroded into its own deposits.

The deposit is noticeably different from the crater floor in HiRISE color, indicating that the valley transported different sediments. Since the large crater is shallow, likely due to infilling, this suggests that multiple sources of sediment and perhaps multiple deposition processes have affected the geology at this site.

The deposited material in the lobe at the valley mouth displays some interesting textural features. Small boulders are commonly present on its surface. This may demonstrate relatively energetic deposition as in a flash flood, although it is possible that the boulders are superimposed debris from later impact craters.

The southern end of the deposit is also fracturing into blocks or slabs. These could be relics of old mud cracks, or of thermal contraction cracks formed in permafrost. 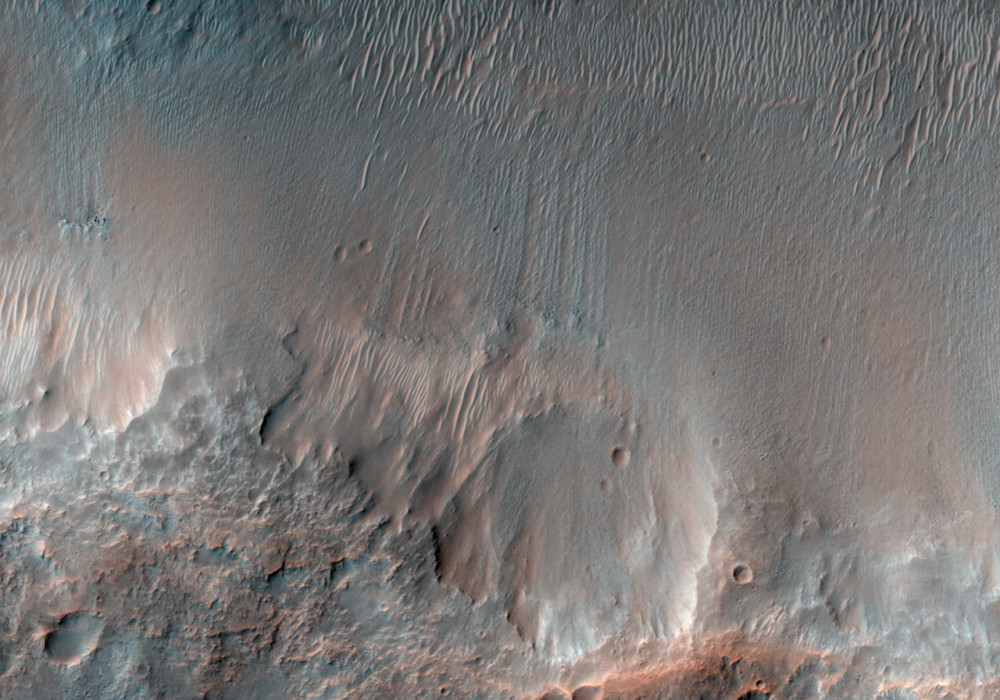