This image shows a fan of long raised ridges in the Aeolis region of Mars. These ridges are thought to be inverted stream channels, where formerly low-lying streambeds have been hardened and then turned into ridges when the surrounding material was eroded. This can occur if the stream deposited minerals, filling in pore spaces and hardening the streambed.

The assortment of ridges here is extremely complex, with strands cutting across each other. However, the actual stream system here could have been simpler, with ridges preserving different time periods in the history of the system. This possibility is supported by several sites where one ridge runs smoothly across another without disruption. One way for this to occur would be to have one streambed hardened and buried, with the stream subsequently changing course and cutting across its buried old route.

Although not all of the channels were active at once, this site clearly preserves a complex history, probably requiring thousands of years to form. 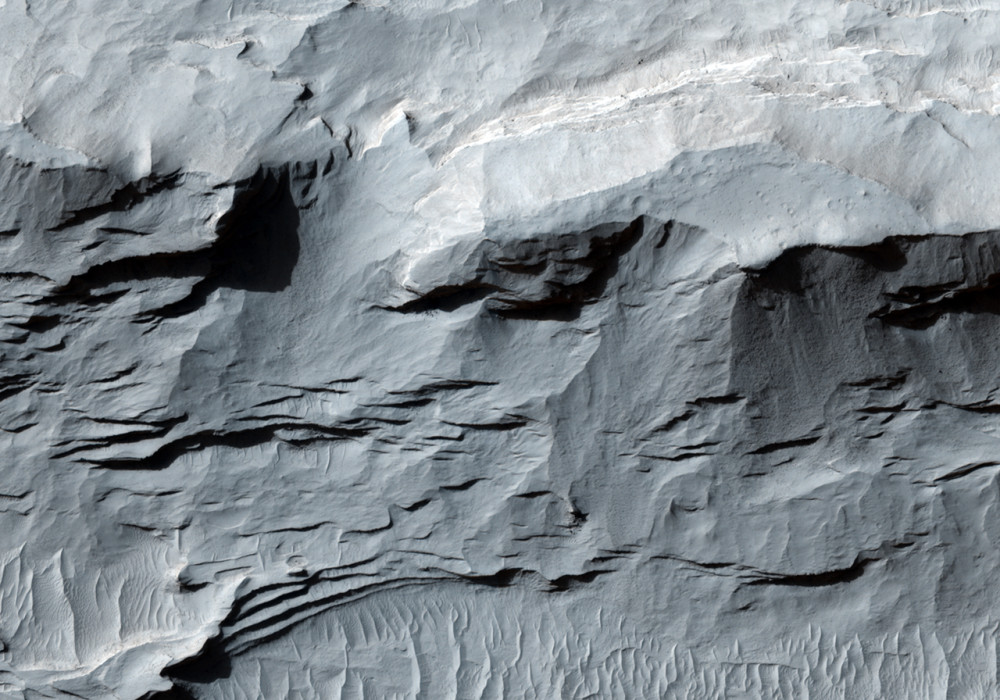