The ridges on the fan surface radiate from the apex and are “inverted channels” that once supplied the fan with sediment. The scalloped distal edges show an impressive cross-section through a layered sequence providing scientists with insight into the geologic history of this crater and climate conditions on early Mars.

As detailed by Grant et al. (Geology, 2008) from previously released adjacent images ( PSP_003077_1530 , PSP_003644_1530 and others), Holden provides evidence for two very different types of water-rich depositional environments on ancient Mars. The older, lower layers in the fan are thin, continuous and clay-rich and were likely deposited in long-standing body of water. By contrast, the younger units at the top of the fan are very jumbled and are characteristic of sediment that was deposited in shorter-lived, higher-energy floods.

Holden Crater is one of six remaining landing site candidates for NASA’s Mars Science Laboratory rover, a mission scheduled for launch in 2011. 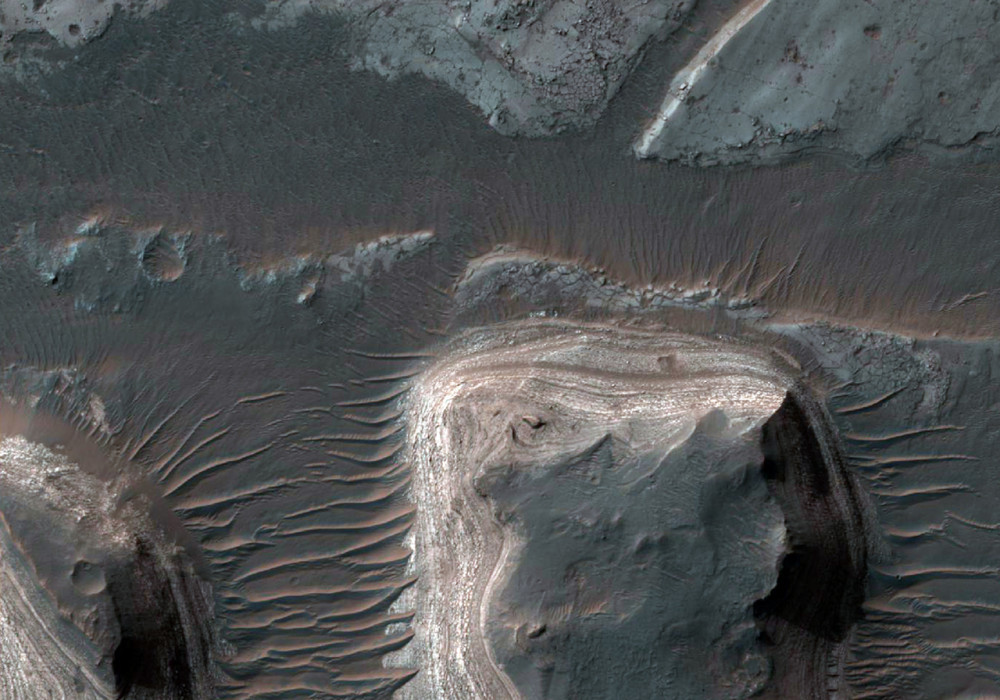