Bigbee is a 21 kilometer-diameter impact crater located on the northern rim of Holden crater in southern Margaritifer Terra, a region on Mars that is well known for its long record of water-rich activity.

The rim of Bigbee has been heavily modified from its original form, presumably by water and wind. Material eroded and removed from Bigbee’s rim was transported and deposited to the crater interior. Some of the darker-toned material near Bigbee’s northern rim has been incorporated into fan-shaped deposits with distinct margins at the outer part . The fan surfaces appear to lack obvious layering and channels.

The modification of Bigbee and other smaller craters on Holden’s rim may have been contemporaneous with a proposed period of relatively late, water-driven activity that formed fans in Holden and other craters in Margaritifer Terra (see Grant and Wilson, 2012 ).

Note: The cutout is 3.5-kilometer across and shows dark fan-like deposits on left side of image at the base of a light-toned scarp. 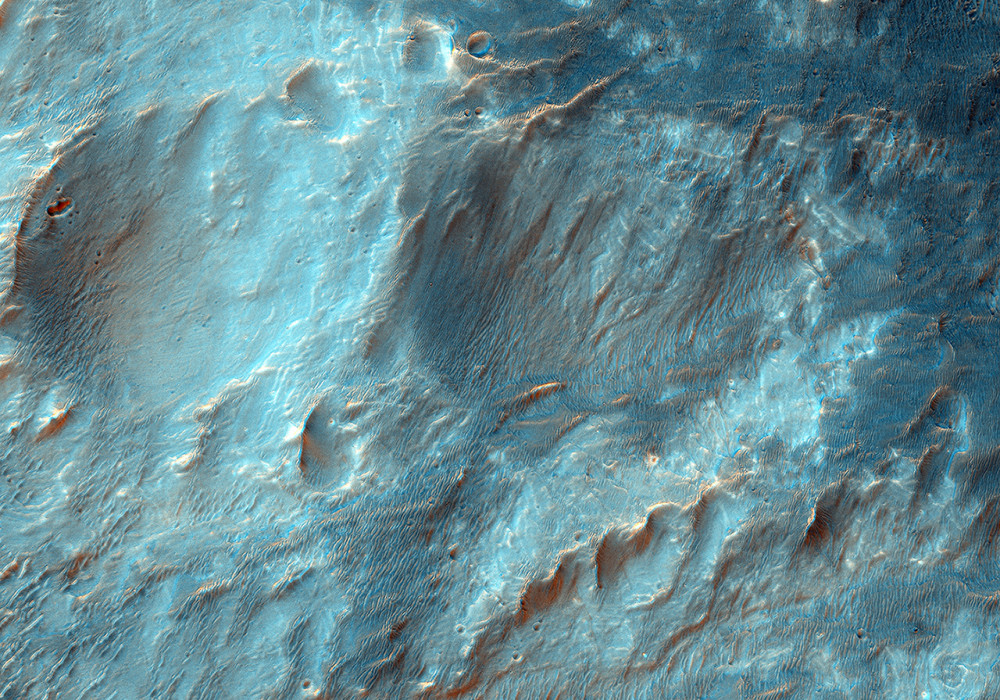