This white, purple, and pink surface is located on the floor of an impact crater on the southeast rim of the larger Vinogradov Crater in southern Margaritifer Terra.

The surface consists of what is left of a series of thin layers that subsequently eroded to create a âbullseyeâ pattern. The rough, etched appearance of the surface is similar-looking to deposits in other craters in the region and that are often associated with alluvial fans. The apparent ease and manner in which the materials are eroded relative to nearby fans and crater materials suggests they are fine-grained and the dominant agent of erosion is the wind.

Although the origin of the deposits remains speculative, their physical character and common association with alluvial fans suggests they may be the result of deposition into a shallow lake or playa enabled by water flowing off the adjacent fan surfaces. 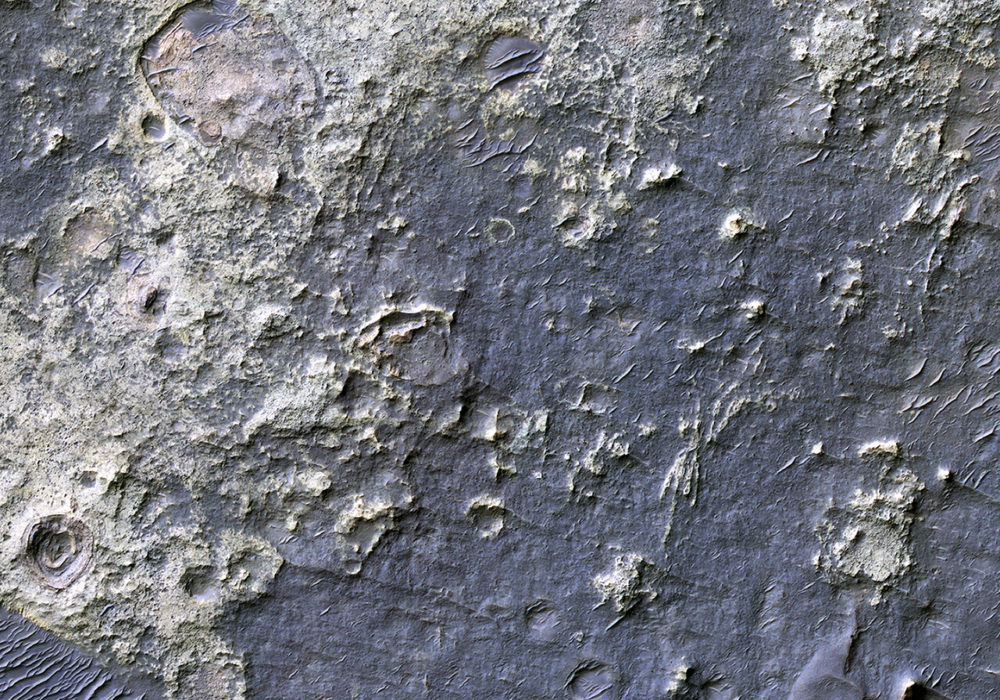