This is a sequence of four images acquired in early southern spring over a particular spot in the South polar region. The changes in patterns are so great over just half a season that it is difficult to believe that the images cover the same ground. The subimage helps by focusing on three distinctive fans as they evolve. The dark fans turn into broad bright fans, then new small dark fans form inside the old bright fans. The newer dark fans form along cracks forming polygonal or other patterns.

These changes are driven by sublimation and condensation of volatiles, primarily carbon dioxide. Sunlight passes through the ice to warm subsurface pockets of gas, which escape to form cold jets, and the wind blows to form fans on the surface, depositing dark dust and bright frost. The cutout is from the browse images, reduced in scale about 10x, so these show only approximately one percent of the pixels in the full-resolution images.

Note: The Martian year is measured by 360 degrees of areocentric longitude of the sun or “Ls”, where Ls 180-270 marks southern spring and northern fall. The Ls of each image is marked in the subimage and covers only 30 percent of the spring season. 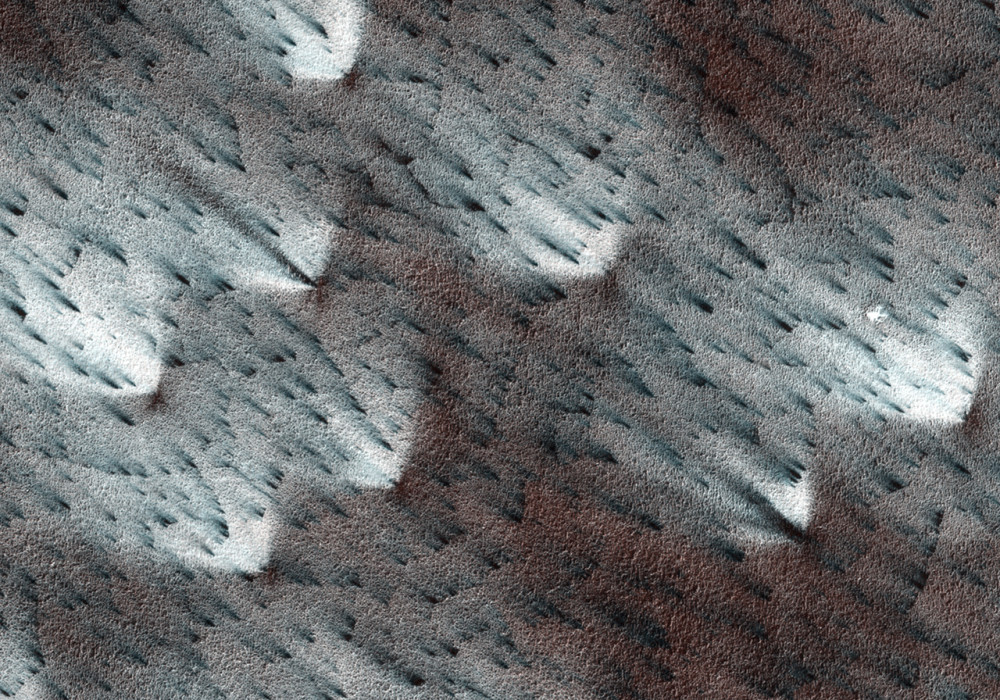