Every southern winter the south polar region of Mars is covered with an approximately 1 meter deep layer of frozen carbon dioxide (dry ice). In the spring, when the sun begins to warm the surface below the translucent ice, gas flow under the ice carries loose dust from the surface up onto the top.

The dust falls to the surface in fans, whose orientation is determined by the direction of the local wind flow. Fans from one source region pointing in multiple directions show how the wind direction has changed. Narrow fans pointing in just one direction are the most recent. Alternatively, the vent from the surface may have re-annealed, such that these fans were formed over a very limited time span. 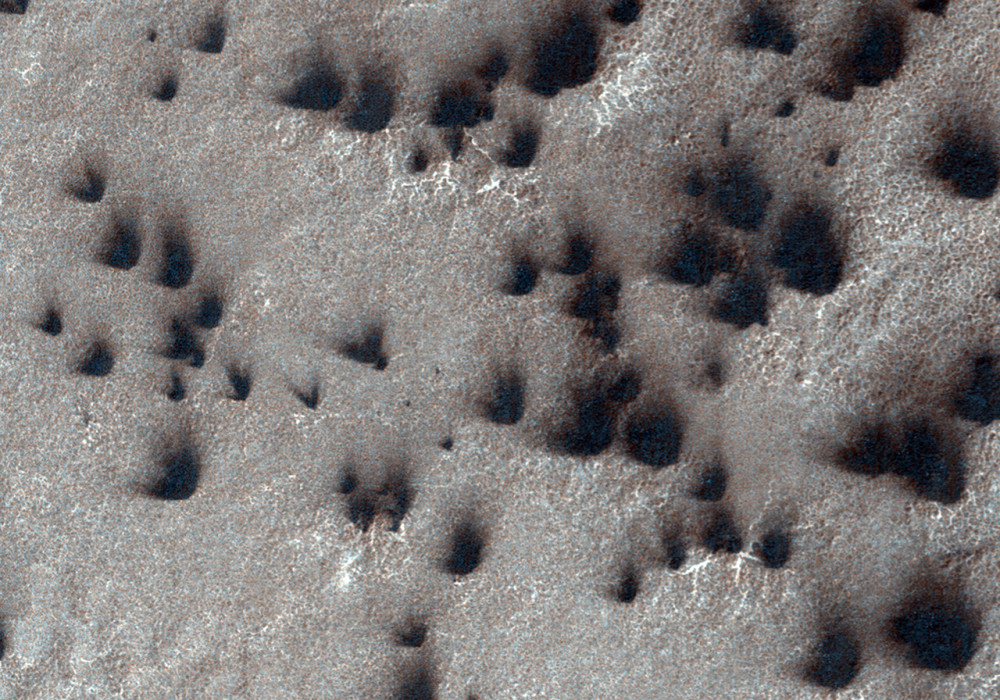