This image in Ius Chasma, a portion of the massive canyon system Vallis Marineris, draws our attention because a fault previously imaged by the Mars Orbiter Camera.

A valley also cuts across the ridge. Is this the result of some tectonic process? A study in 2012 suggested that Mars possesses tectonic plates, but if so, how these processes work is still an area of study. 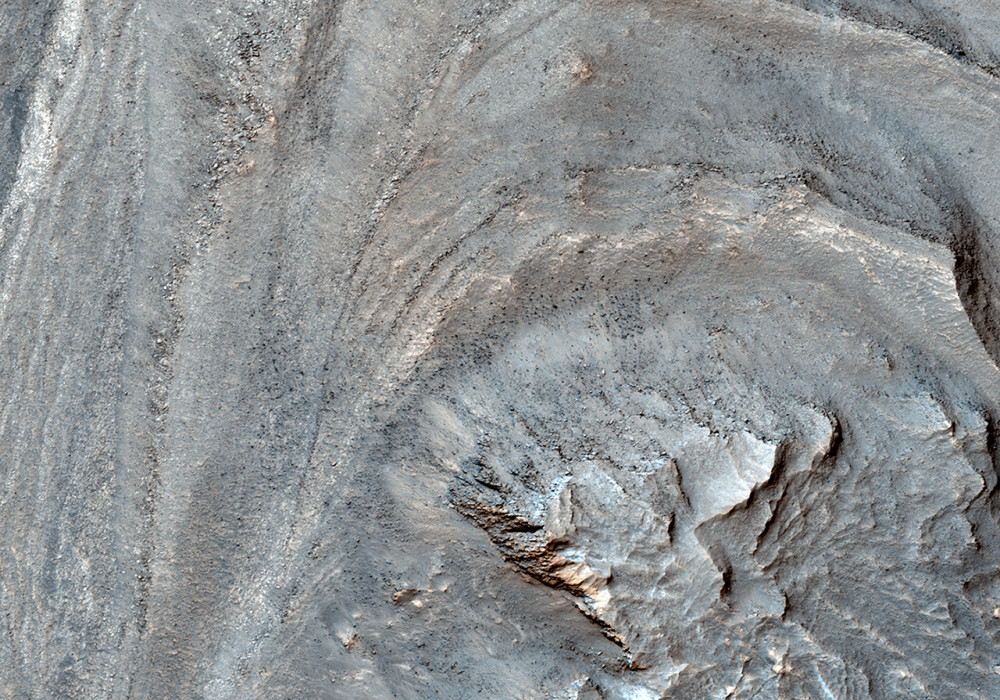