The scarp shown in this image marks the edge of the polar layered deposits. These layered deposits are a mixture of dust and water-ice. Each layer is thought to record information about the state of the Martian climate at the time of its deposition.

The polar layered deposits were once more extensive, but have been eroded back to their current size. Most of this erosion takes places at inclined scarps (such as this one) which retreat as icy material is ablated away.

Other processes are also operating on these deposits as exemplified by the fault that is visible on the left of the image. Layers appear offset from one side of the fault to another indicating that the layered deposits have been fractured into large blocks that have moved relative to each other. The source of the stress that caused this fracturing is unknown; some possible examples are subsidence of the underlying terrain or perhaps melting of a portion of the base of the ice-sheet.

This particular region of the layered deposits (Ultimi Lingula) contains many examples of this brittle fracture (which is otherwise rare in these deposits). Another less obvious fault lies near the center of the image at the base of the scarp. This fault does not break through, or even deform, the upper layers which may indicate that the fault occurred when only half the layered deposits had accumulated. These observations point to a history of faulting in this region that at least spans the age range of these layered deposits.Written by: Shane Byrne   (28 September 2007) 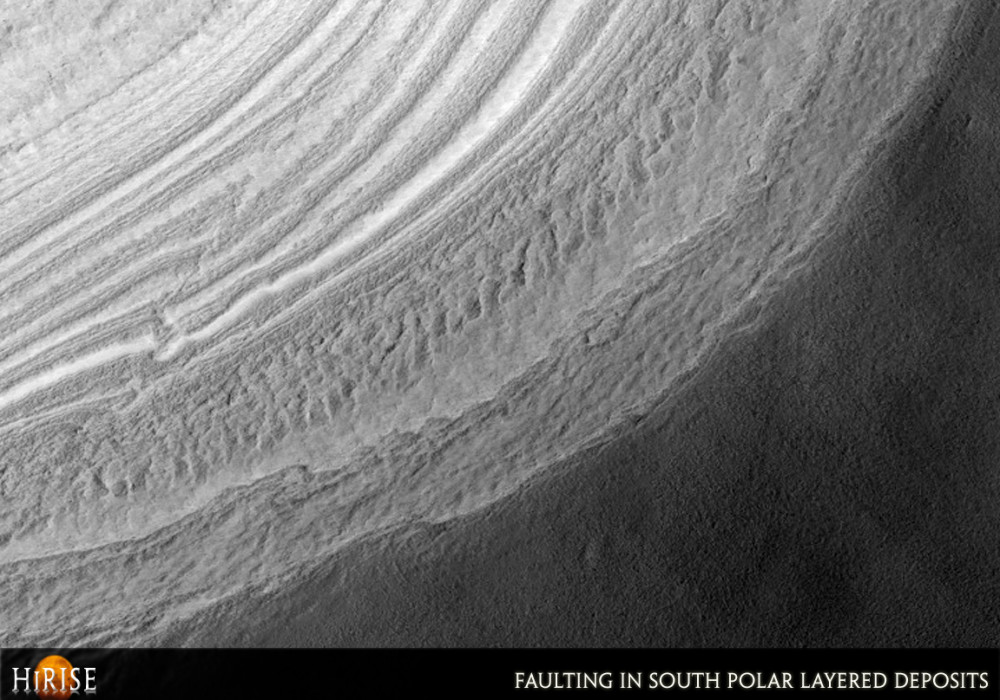