This region of Xanthe Terra has mostly been contracted due to thrust faulting, but this local region shows evidence of extensional faulting, also called normal faulting.

When two normal faults face each other, they create a bathtub-like depression called a “graben.” 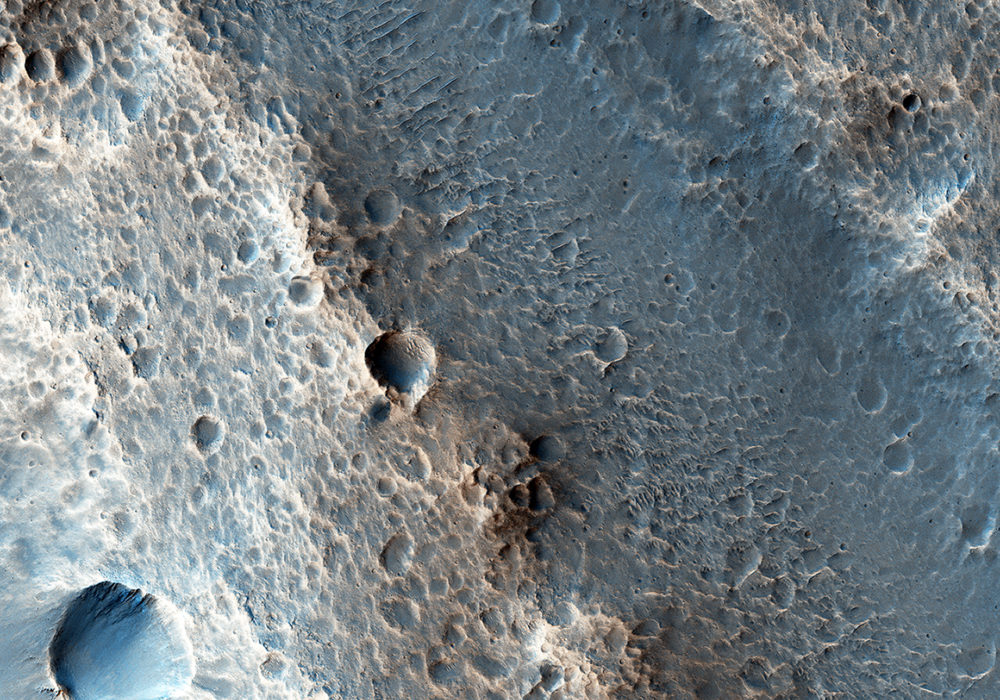