Faults and Pits in the North Polar Residual Ice Cap

This image shows faults and pits in the north polar residual cap that have not been previously recognized.

The faults and depressions between them are similar to features seen on Earth where the crust is being pulled apart. Such tectonic extension must have occurred very recently, as there the north polar residual cap is very young, as indicated by the paucity of impact craters on its surface. 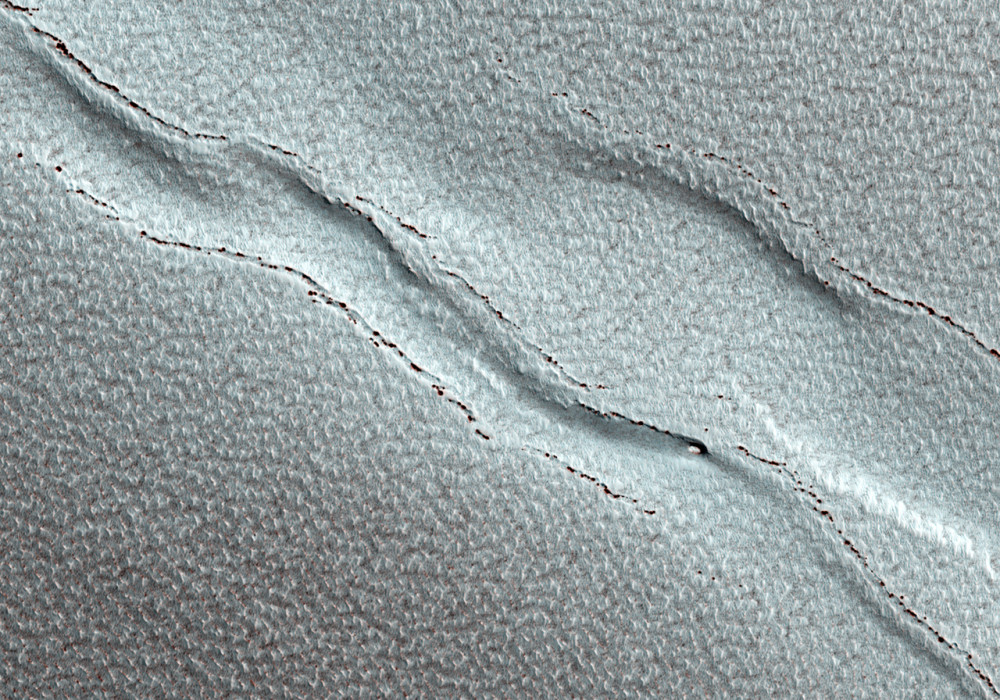