The Claritas Fossae region is characterised by systems of “graben” running mainly north-west to south-east. A graben forms when a block of the planet’s crust drops down between two faults, due to extension, or pulling, of the crust. 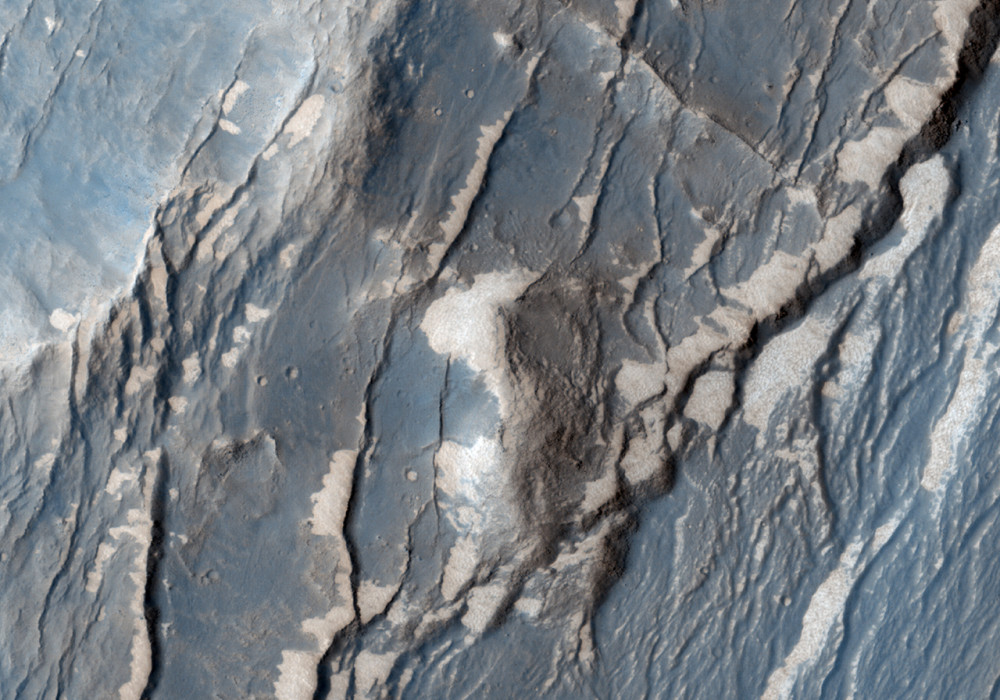