Fifty Years of Mars Imaging: from Mariner 4 to HiRISE

Mars has captured the imagination of astronomers for thousands of years, but it wasn’t until the last half a century that we were able to capture images of its surface in detail. This particular site on Mars was first imaged in 1965 by the Mariner 4 spacecraft during the first successful fly-by mission to Mars.

From an altitude of around 10,000 kilometers, this image (the ninth frame taken) achieved a resolution of approximately 1.25 kilometers per pixel. Since then, this location has been observed by six other visible cameras producing images with varying resolutions and sizes . This includes HiRISE (highlighted in yellow), which is the highest-resolution and has the smallest “footprint.” This compilation, spanning Mariner 4 to HiRISE, shows each image at full-resolution . Beginning with Viking 1 and ending with our HiRISE image, this animation documents the historic imaging of a particular site on another world .

Finally, in 2017, HiRISE acquired the highest resolution image of this location to date at 50 centimeters per pixel. When seen at this unprecedented scale, we can discern a crater floor strewn with small rocky deposits, boulders several meters across, and wind-blown deposits in the floors of small craters and depressions. This compilation of Mars images spanning over 50 years gives us a visual appreciation of the evolution of orbital Mars imaging over a single site. 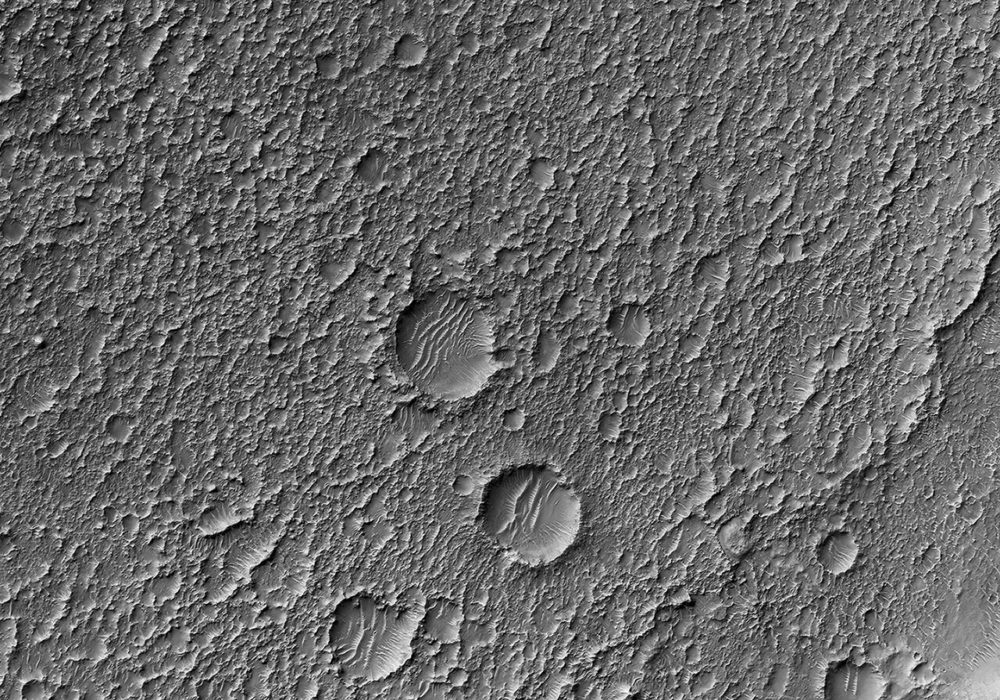