This image shows numerous branching ridges with various degrees of sinuosity. These branching forms resemble tributaries funneling and draining into larger channel trunks towards the upper portion of the scene.

The raised relief of these branching ridges suggests that these are ancient channels are inverted due to lithification and cementation of the riverbed sediment, which made it more resistant to erosion than the surrounding material. Wind-blown bedforms are abundant and resemble small ridges that are aligned in an approximately north-south direction. 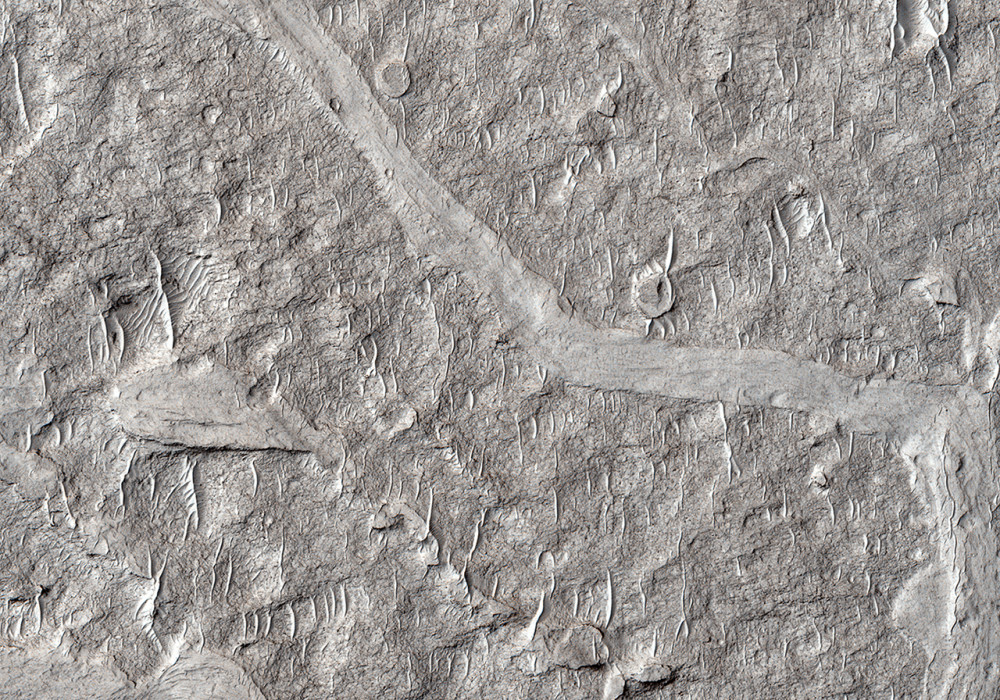