The high resolution of HiRISE allows us to see the many fine layers, or strata, of rock outcrops all over Mars. This false-color RGB image shows a portion of Ius Chasma in the western portion of the large Valles Marineris canyon system.

The outcrop of rock in the center of the image is about 5.5 kilometers across. Similar light-toned strata are observed elsewhere in the canyon system and the CRISM instrument has shown that they often contain sulfate salts. The presence of sulfate salts indicate that water once interacted with this area, possibly as fluids that migrated through pre-existing rocks or as shallow evaporating pools of water.

Much of this region has been covered by dust and sand, which appears brownish-red in the false color image. This material is eroded by wind over time and allows us to see the light-toned rock underneath the surface. There are also dunes (oriented north-south in the subimage) that obscure portions of the outcrop.

Many outcrops within Ius Chasma and elsewhere on Mars are covered by such dunes and dust, but the high spatial resolution of instruments such as HiRISE and CRISM allow us to see the geology and mineralogy of regions between these dunes to help unravel the geologic history of Mars.Written by: Ralph Milliken   (5 March 2008) 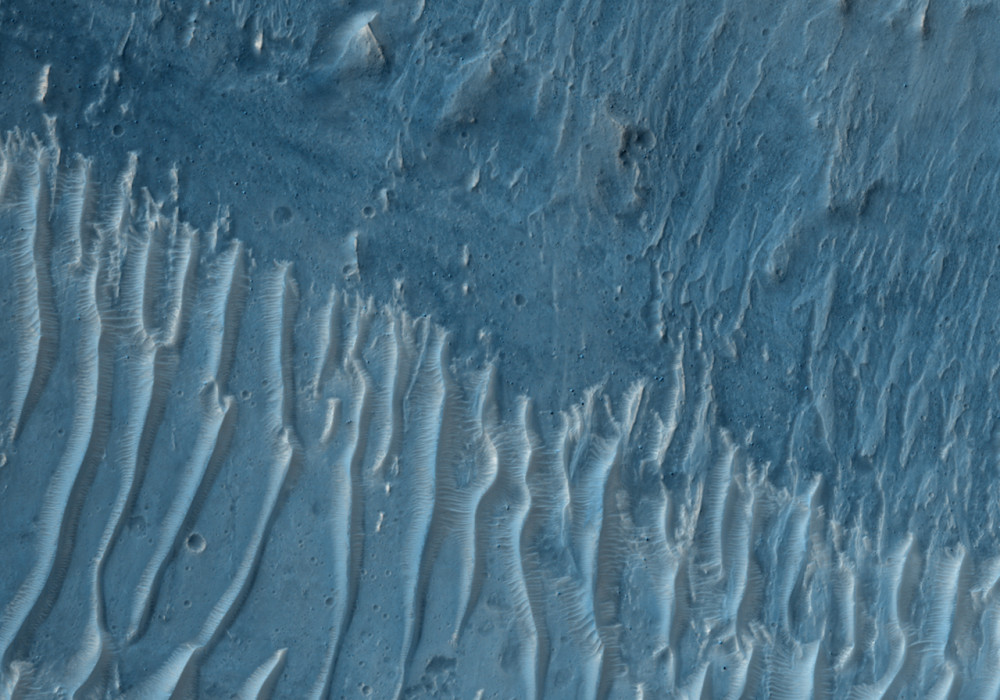