This HiRISE image is part of the Olympica Fossae in the Tharsis region of Mars.

Tharsis is most famous for being the home of the four largest volcanoes in the Solar System. However, the region also hosts a variety of other geologic features formed as the ground deformed under the tremendous weight of the volcanoes.

Most of the fissures (or “fossae”) in the region are primarily places where the ground was pulled apart. However, the Olympica Fossae are somewhat different. They are oriented at an angle to the other fissures suggesting that some other process was important in their formation. A close-up image reveals that erosion by one or more catastrophic floods may have played a key role.

The teardrop shaped islands and the parallel ridges are rock left standing after the flood erosion. However, the deepest depression running basically east-west through the middle of the image was probably caused by tectonic extension, not flood erosion. This juxtaposition of tectonic and flood-carved valleys is visible elsewhere on Mars, suggesting that it may be common for the tectonic fracturing to release copious volumes of subterranean water. 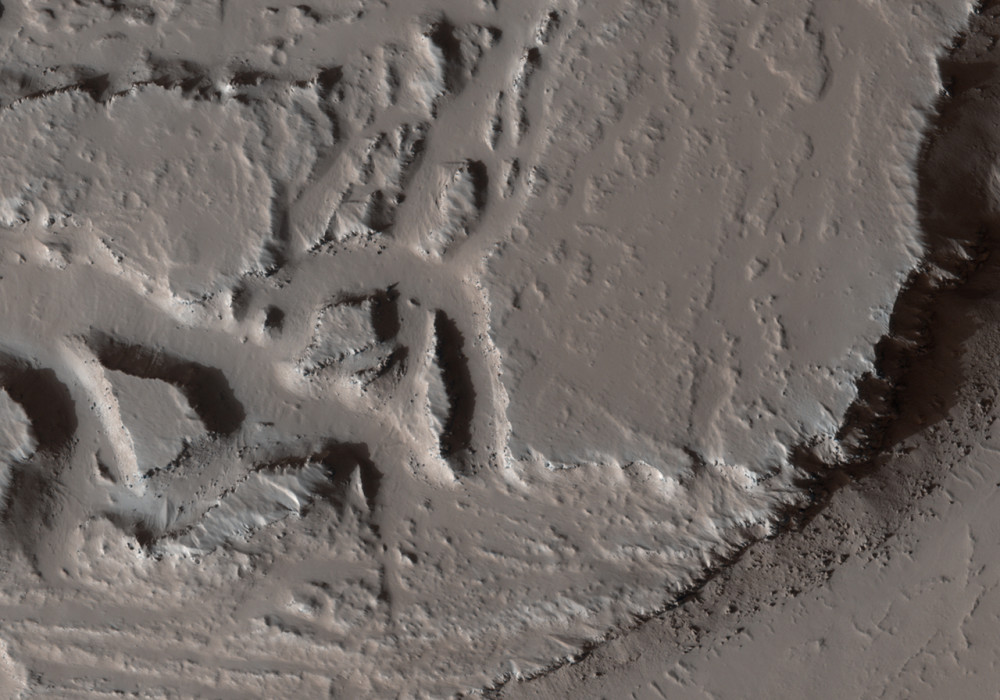