Amazonis Planitia is also one of the flattest places on Mars, because of the thick lava fill. Most of this lava was likely erupted in relatively short periods of time, perhaps thousands of years. Earth has also experienced relatively short-lived pulses with very high lava eruption rates, and these pulses precisely match the dates of four mass extinction events and a dozen of so smaller extinction peaks.

A mass extinction is when more than 75 percent of the species of life on the planet are completely killed off, never to return. On Earth, such high eruption rates release gases such as carbon dioxide that acidify the oceans, probably leading to the extinctions. The study of Mars and other worlds will help us to understand the processes causing high eruption rates. 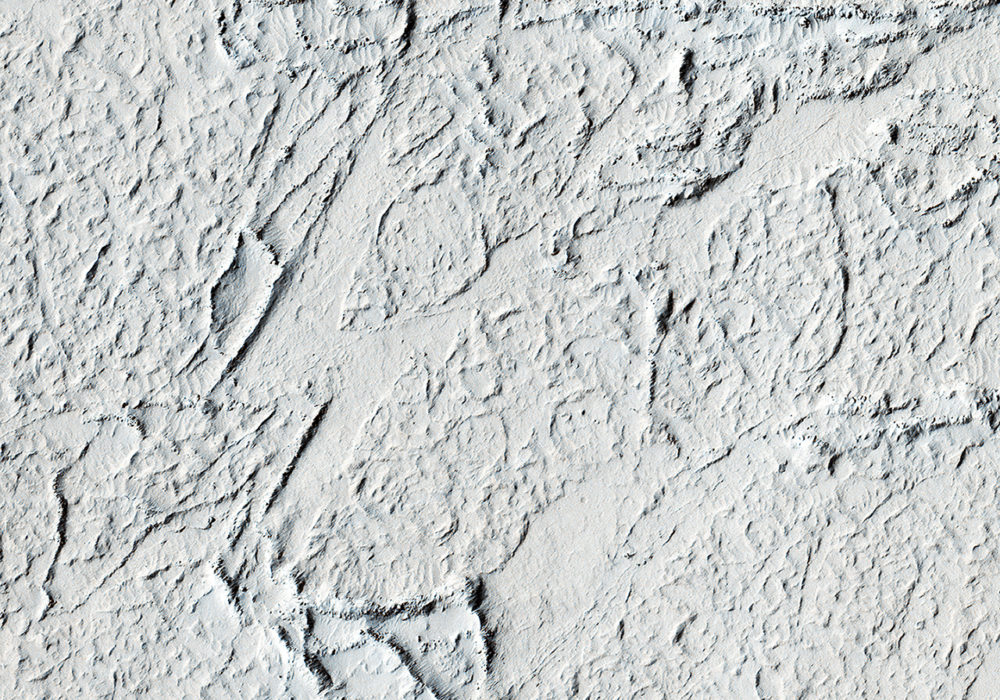