Ius Chasma is one of several canyons that make up Valles Marineris, the largest canyon system in the Solar System.

The canyons likely formed by extension in association with the development of the Tharsis plateau and volcanoes to the west. Wind and possibly water have modified the canyons after they formed.

This observation shows the floor of Ius Chasma. The floor is bounded to the north and south by higher standing wallrock, with a few exposures of wallrock seen in the north (top) of the picture. Much of the floor is covered by ripples that are oriented approximately north-south, indicating an east to west wind flow, parallel to the orientation of Ius Chasma.

Layered deposits and bright patches of material are also seen along portions of the Ius Chasma floor. The layered deposits appear distinct in morphology from the nearby wallrock. These layered deposits could be lava flows, sediments deposited in a former lake, or fines that settled out from the atmosphere over time, such as dust or volcanic ash.

The bright outcrops visible further south in the image have been seen elsewhere in Valles Marineris as well as other locations on Mars and tend to have mineral signatures consistent with sulfates. Data from the CRISM instrument (also on Mars Reconnaissance Orbiter) of the composition of these bright patches in Ius Chasma could shed insight into their origin. 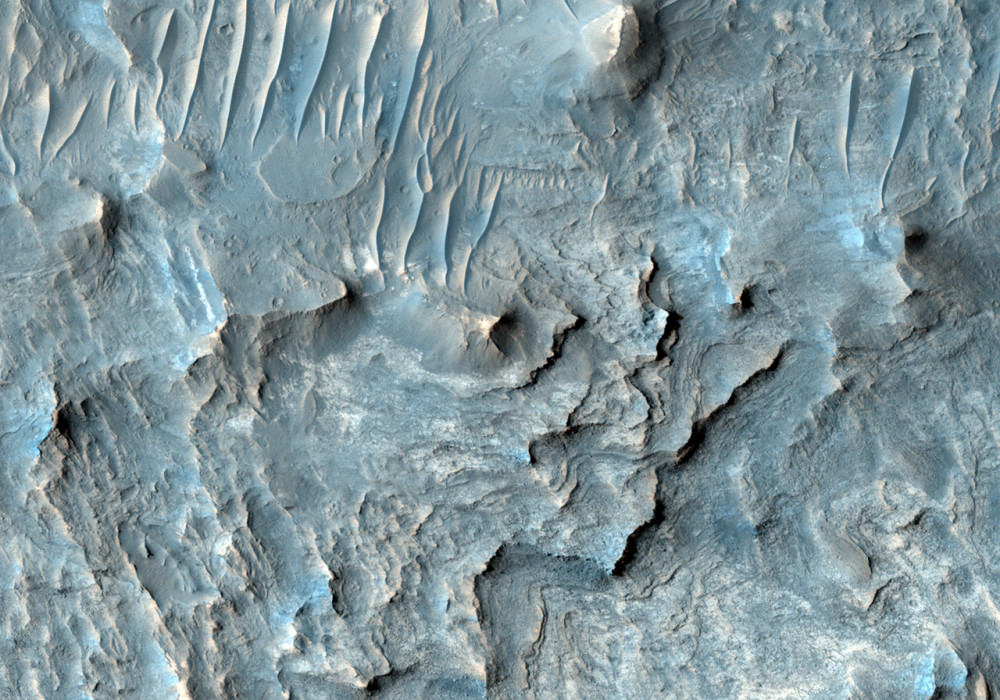