This HiRISE image shows a wonderfully complex surface on the floor of this ancient flood-carved canyon.

In this area, the water flowed from the west to the east. However, the floor does not show the kinds of landforms scientist expect from flood erosion. Instead, the floor of the valley has been covered, sometime after the flood, by some kind of flow with giant ridged plates.

Some of the plates are more than a kilometer (0.6 miles) across. The ridges appear to have formed when the solid crust on the flow was crumpled during flow. The plates are pieces of the crust that had rafted apart. Very large lava flows can produce this kind of surface, but ice and frozen mud are also capable of forming similar features. 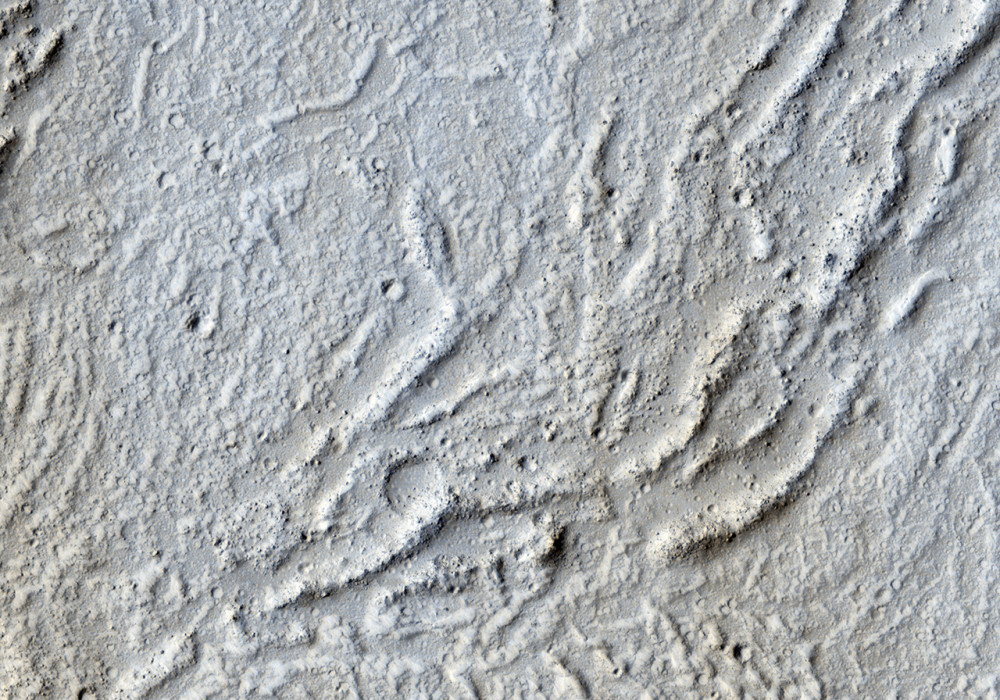