Located between the Tharsis and Elysium volcanic provinces, Amazonis Planitia’s relatively smooth surface and sparseness of sizeable craters has made it a good example for the most recent period in Mars geological history. The “Amazonian” spans roughly the first several hundred million years of Mars history.

Although Amazonis Planitia is considered one of the smoothest areas on Mars, it is not featureless. The surface is covered with small sinuous ridges that are several hundred meters in length. Spanning across the image are larger continuous ridges and troughs that trend in a roughly North-South direction and cut across the smaller ridges. The formation of these features is consistent with large-scale lava flow activity. Sediment fills in the lower topography between these ridges, and occasionally accumulates into larger dunes. These dunes likely formed from particles eroded off the ridges over time and are shaped by the prevailing winds. Interestingly, these dunes are isolated from each other by several hundreds of meters.

Studying terrains like those in this image allows researchers to characterize more recent surface processes on Mars, thus helping to piece together the planet’s geologic history. 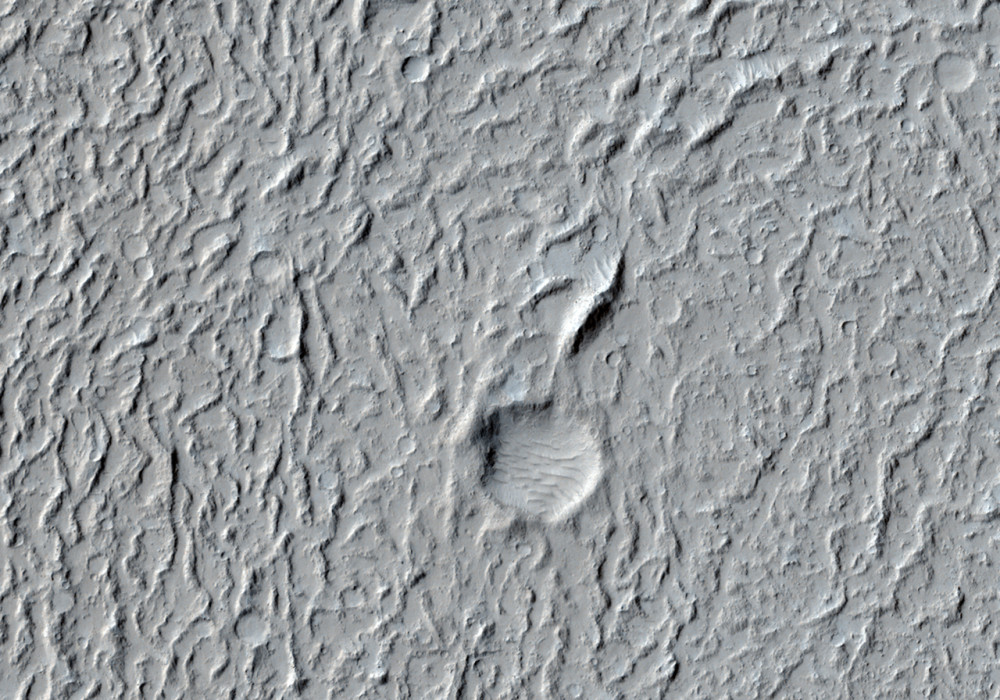