This observation covers a portion of the Martian equatorial plains called Elysium Planitia. In this location, lava that was once flowing across the surface interacted with multiple obstructions.

The image is near the Southern margin of where these flows occurred, and it is likely that the obstructions are small hills in the underlying surface that poked up through the flow. As the flowing material moved past the obstructions, piles of rocky debris banked up on the northwestern or upstream sides while long trails or “wakes” were left on the southeastern or downstream side. Changes in the direction of the “wakes” indicate that the direction of flow altered somewhat over time, and fractures across the surface show the top of the flow was carried along as a brittle “skin.”

The rough and blocky nature of the material where it piles along obstructions and other attributes suggest the flowing material was lava and was part of a much larger and relatively young (by geologic standards) flow that occurred in this part of Mars.
Written by: John Grant   (6 October 2010) 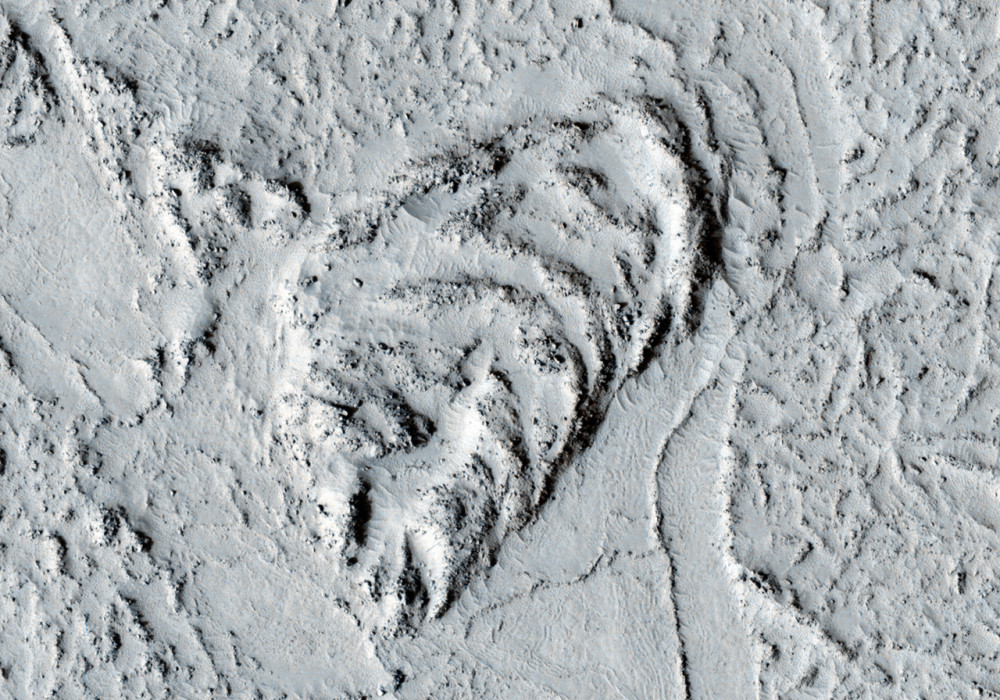