Flow Present Near the Central Peak of Moreux Crater

This image is of a flow feature within Moreux Crater, located at 42 degrees North and 44.6 degrees East on the edge of Mars’ highlands/lowlands boundary. The crater itself is roughly 135 kilometers in diameter.

During the impact that forms craters, a roughly bowl shaped volume is excavated from the Martian crust. In craters larger than about 7 kilometers in diameter, a central peak or mound forms on the floor of the crater. This image focuses on a portion of the Moreux central peak that apparently broke off and slid away, forming a type of giant landslide.

Interesting hummocks, swirls and ridges are found on the surface of the landslide. There are also distinct, almost circular depressions of unknown origin near the foot of the flow. Both light and dark toned dunes later formed on this landform. 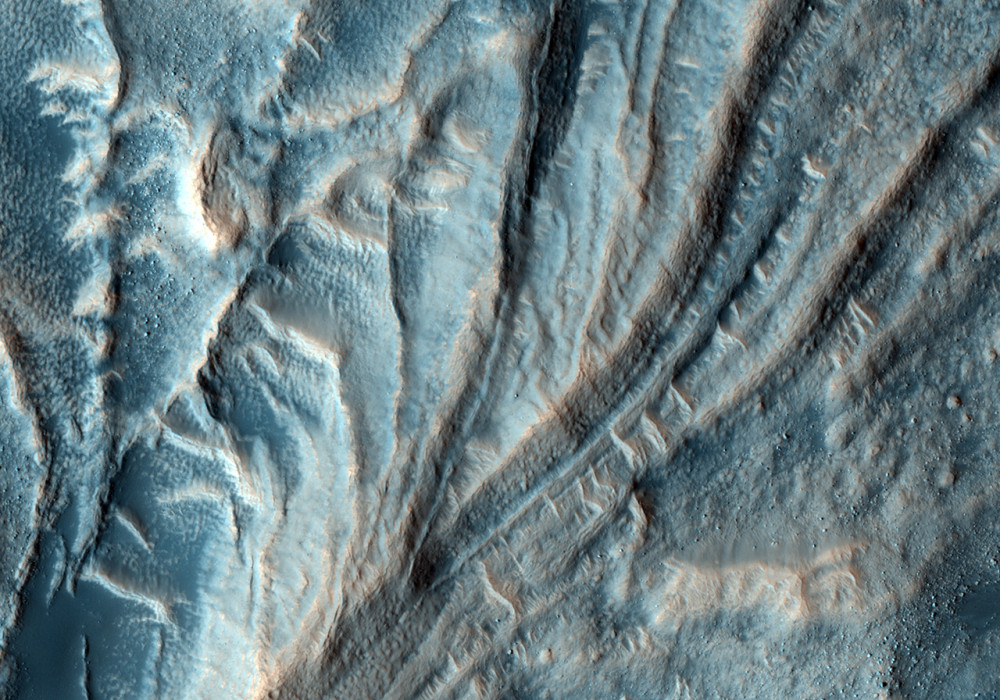