Noctis Labyrinthus, “the labyrinth of the night”, sits at the western end of the largest canyon of the solar system Valles Marineris. This image was taken to investigate the nature of this impact ejecta.

The wavy structures visible in the image center may have formed from this partly molten ejected material. The tectonic forces that opened this canyon also disrupted the crust in this location and led to the formation of many isolated blocks of rock with intervening valleys.

Later events have also left their mark on this maze-like landscape. The formation of 124 kilometer diameter (78 miles) Oudemans Crater to the east likely dumped ejected material on the area visible here. 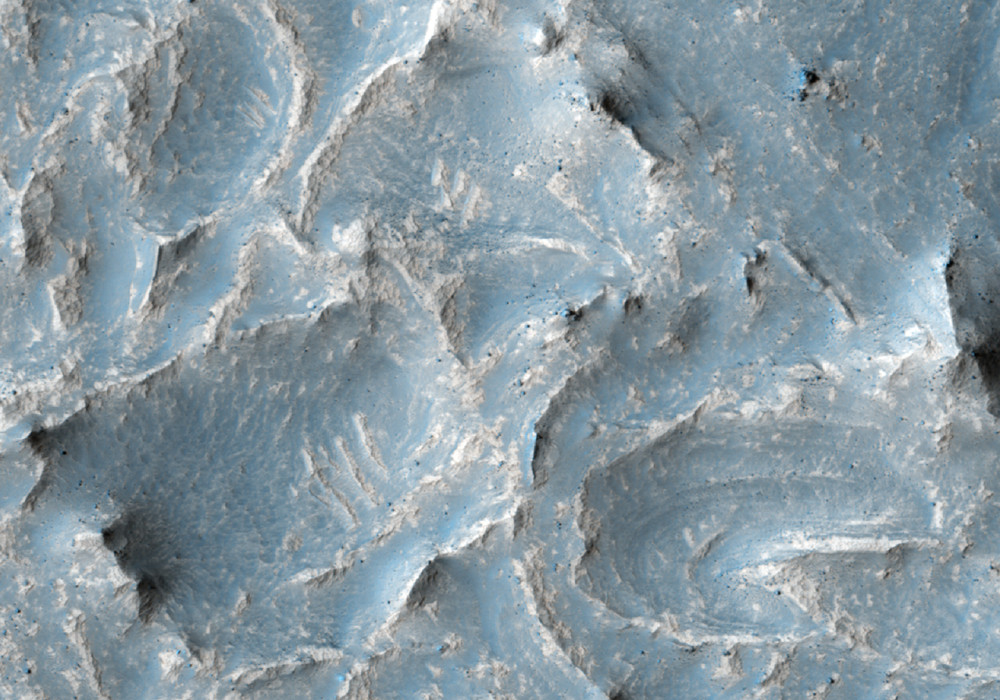