Hellas Planitia is the interior of the Hellas impact basin, is one of the largest visible impact craters in the Solar System. Hellas is located in the Southern highlands and formed very early in the planet’s history. The floor of Hellas includes the lowest elevations on Mars and some of the strangest landscapes.

The most striking feature of this observation are the incredible banded features, probably due to the flow of surface material. Although Martian flow features may have Earth analogs such as rock glaciers, it’s uncertain as to what types of fluvial, glacial and mass-wasting processes are involved in their formation. 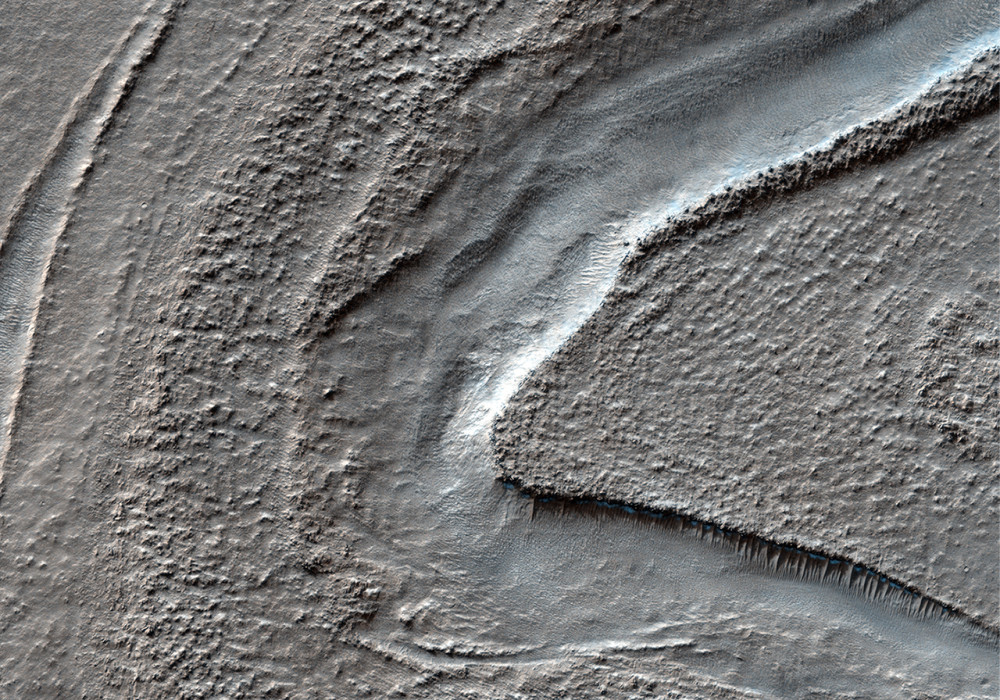