Fluvial Fan on a Crater Floor

This observation shows a terrific fan-shaped deposit, beginning where the channel enters a crater . This is suggestive of a delta: a deposit that forms when water in a channel flows into a larger area (such as an ocean or a lake). As the water spreads out, it moves slower and drops the sediment that it is carrying, forming the delta. (E.g., a famous Earth example is the Nile River delta.)

The THEMIS instrument also photographed this area (I03235002), as well as the Context Camera (CTX) aboard the Mars Reconnaissance Orbiter. The resolution of HiRISE helps scientists determine the topography of the region which is needed for establishing the stratigraphic relations and flow direction of the area.

Here is a view of the terrain to the south of the craters in the full image. 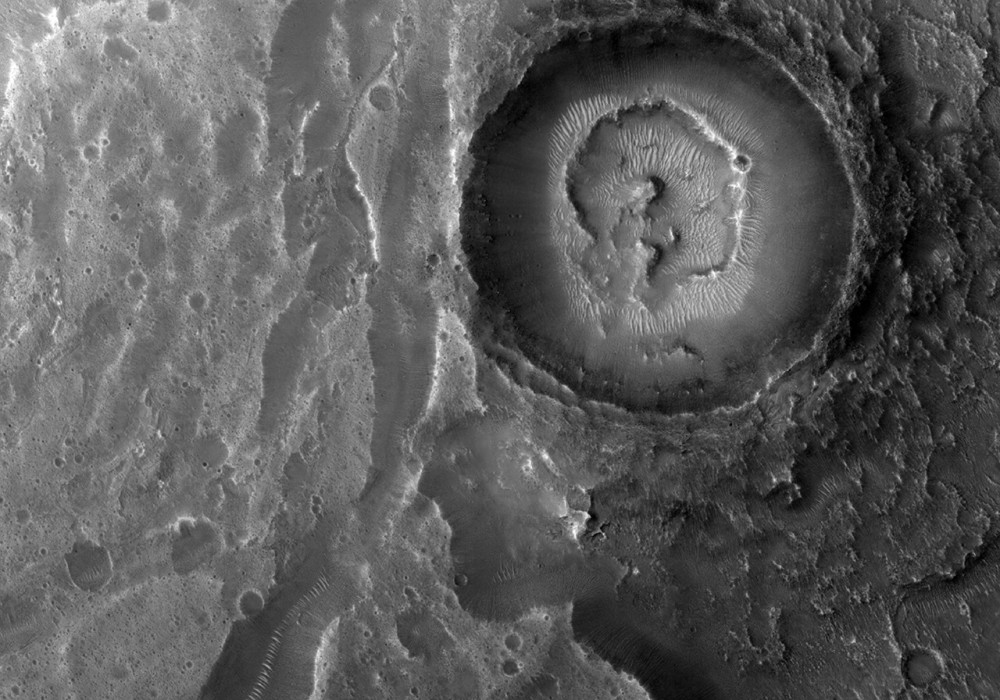