There are folded layered deposits in the southern half of this image. How did this folding occur? On Earth, rocks are commonly folded when deeply buried and subject to high heat and pressure, which can make any rock flow. Such deep burial (and re-exposure or exhumation) is unlikely at this location.

In general Mars has experienced much less vertical motion of geologic strata than on Earth. Another possibility is that these layers were soft and deformable near the surface, such as wet or icy sediments. There are other folded layers in the giant Hellas impact basin, such as ESP_025780_1415 .

Please get out your 3D glasses for a look at the stereo anaglyph here . 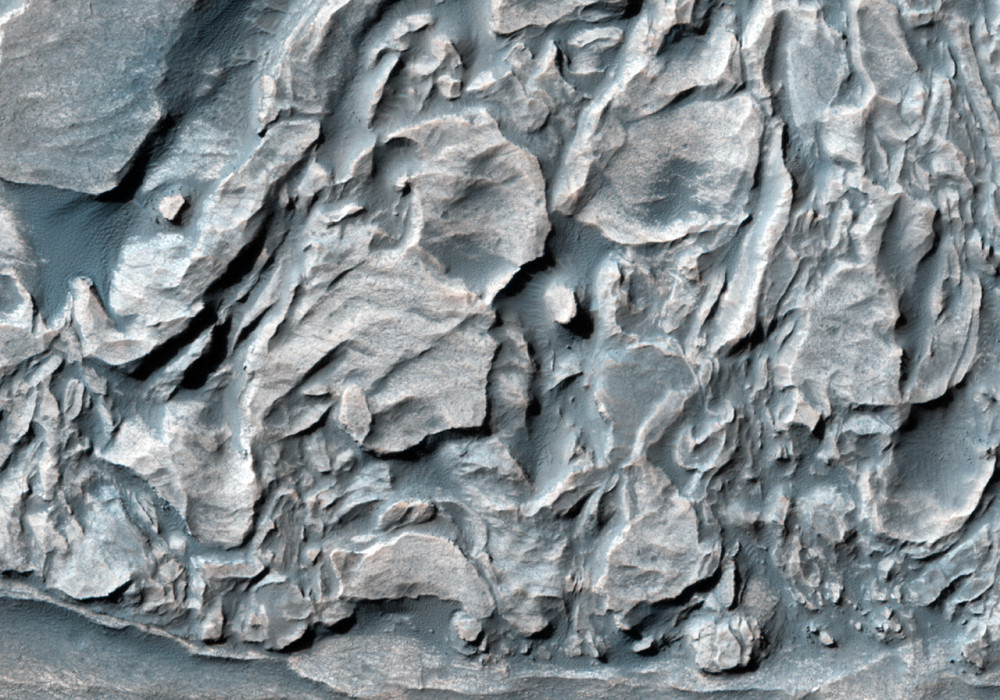